Venice Carnival is one of the most anticipated events every year that involves all the festivity and colors. It is an incredible opportunity to discover the beautiful Floating City and its inhabitants from an entirely different perspective.

The event originated in 1162 to honor the victory of “Serenissima Repubblica” against Ulrico di Treven, the Patriarch of Aquileia where people partied in San Marco Square. The fascinating part of the event is its characters in the parade, costumes, elaborate masks, and many more. Nearly 3 million visitors reach Venice every year to experience this surreal and magical affair.

Let’s look at a few interesting facts about the Venice Carnival that you might not know:

No Work But Fun

Working was forbidden during the Carnival. If someone was noticed to be engaged in work, they could be arrested and taken to church. 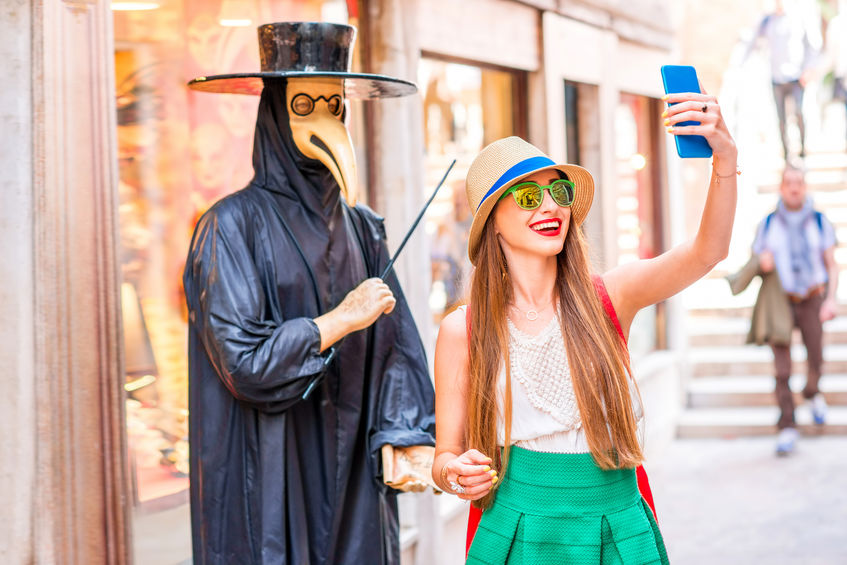 The plague doctor costume, along with a sharp-faced mask, has been popular in Venice since the 16th century. The plague raged in Europe that lasted for two centuries, which had a devastating effect on 80 million people. Back then, this creepy doctor costume became one of the symbols of the era.

It is believed that the Frenchman, Charles de Lorm, created the mask and costume for the character. The doctor was seen wearing pants, a raincoat, and leather gloves and jacket to seek protection from any infection. 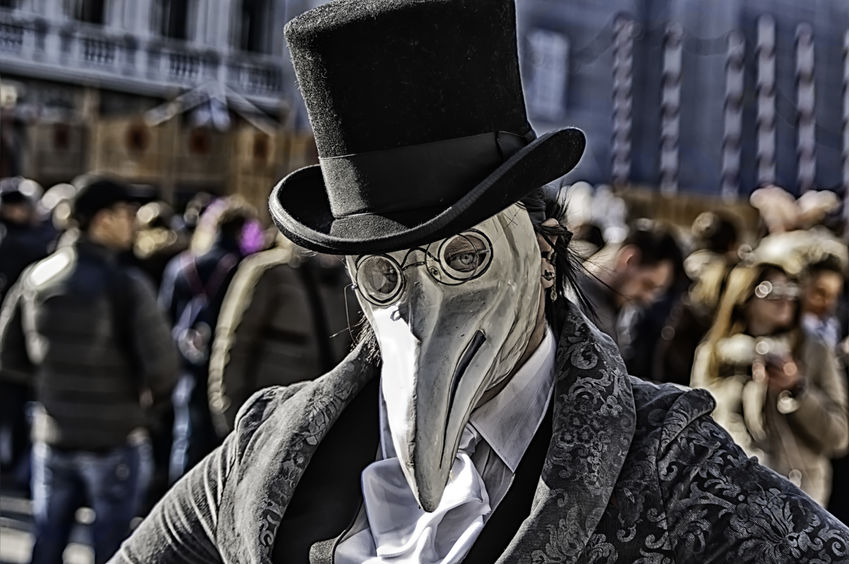 The mask resembled the bird’s beak that had a practical purpose behind the design. The doctor used to inhale a bunch of medicinal herbs that were put into the cavity, which indicated less danger for him. The doctor put sponges soaked in incense into the nostrils that symbolized ‘soporific sponge’. It was placed under a patient’s nose to keep them under sedation until the 19th century. The plague doctor mask was one of the terrible masks of that time which is quite popular in Venice Carnival.

Once, Napoleon tried to Destroy the Venice Carnival

Once the emperor Napoleon Bonaparte tried to destroy the tradition and banned the Venice Carnival after he conquered Italy. This way, he wanted to send out a message to the public that Italy is no longer independent. However, the situation turned out to be tough for him as the people didn’t stand the lost independence. Soon in 1979, the authorities resumed the annual Carnival, and it is still intact where around half a million foreign guests gather at the event every year.

The Event is Kids Friendly 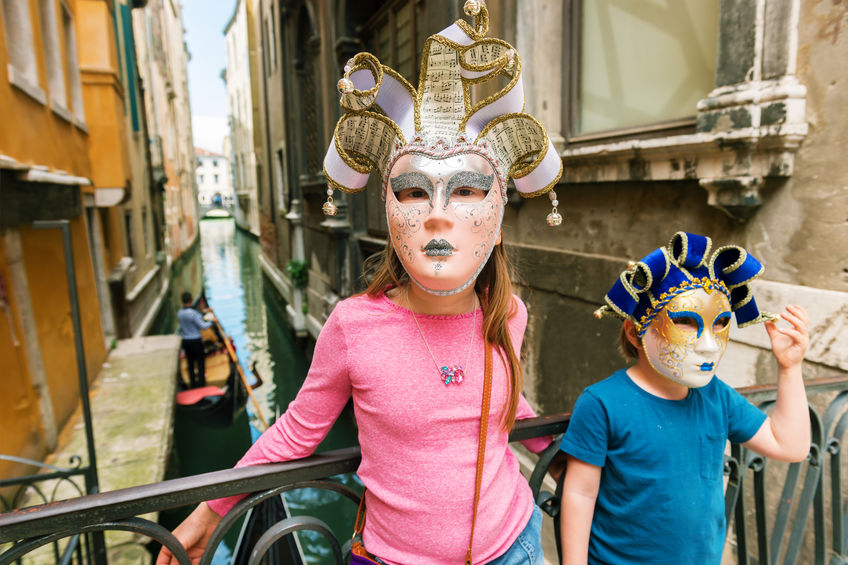 Historically, Carnevale was a pagan ritual where Venetian aristocrats and peasants could don masks and go wild. They celebrated the time before Lenten fasting with the party full of drunken revelry. Now, the times have changed, and Venice is no longer a place for any illicit activities during Carnevale. It has turned out to be a family-friendly event where kids can take delight in ice skating rinks in Campo San Polo and Piazza Ferretto. There is a separate ‘Kids Carnevale’ during the event and even a kid’s edition of the world-famous Best Masked Costume Contest. Costumes aren’t just for the participants; onlookers can also rent an elaborate costume. You can also try your luck at free masked costume contests. You would find different ateliers who rent and sell beautiful, fancy historical costumes that cater to every taste. If you don’t find costumes, you can surely get yourself a tabarro (Venetian cloak) and a mask from a traditional mascarei.

The word “carnival” (Carne, vale!) is translateв as “meat, goodbye!” The last day of the carnival “Mardi Gras”(the so-called Fat Tuesday) reflects the practice of last night when you can indulge in gorging. Indulging in the practice of eating meat is part of the Venice Carnival celebration. Fritole is a popular Venice Carnival food tradition where people eat sweet fritters that are stuffed with cream and have powder sugar on top.

Art on the Grand Canal Being one of the top destinations for romance in the world, Venice blooms in the Carnival with lights, entertainment, and all the merrymaking. Perhaps the 1840s was the time that marked the most significant romantic gesture ever. The Russian Prince Troubetzkoy gave Marie Taglioni, an Italian ballerina, the Ca d’Oro palace on the Grand Canal, which is an art museum today.

These were the interesting facts that would inspire you to take a trip to the Venice Carnival. Hope you are motivated enough to take advantage of this fascinating celebration and enjoy a luxe trip. We are here to help you out with your tours and let you discover some more secrets of the magical Venice Carnival. We had been providing luxury travel services since 1948. For bookings contact us- https://www.benvenutolimos.com/contact/