Whether you are on a private Italy tour or you have just made up your mind to visit this amazing place, knowing about the country’s customs and traditions would help you to plan your trip in a better manner. Italian tradition is reflective of festivals celebrating saints, holidays and important events in Italian history. You would always get a feeling of festivity whenever you visit this place, but the best time of the year to visit Italy is during its celebrations such as Carnivale di Venezia (Venice) and Scoppio del Carro (Florence).

The Scoppio del Carro, held at Florence, is an Easter festival which marks the victory of the First Crusade. In order to recreate the events of this historic moment, people build a magnificent cart in the shape of a tower which is pulled by oxen throughout the city. The structure is made to halt at the Piazza del Duomo, where the oxen have led away and the people gather for the Easter mass. When the mass is about to end, the fireworks (attached to the tower) are lighted. This, in turn, ignites the fireworks that cover the structure and soon the tower becomes a spectacle of lights, sounds, and colors that fill the sky. The tower is left to burn until nothing remains. 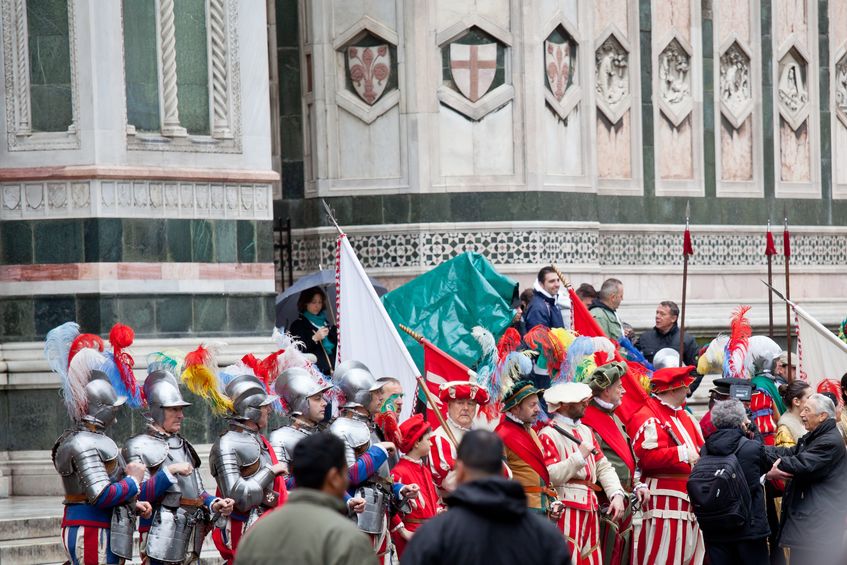 The whole event of explosion when the ignition of fireworks takes place goes on for around 20 minutes. The successful display from the Scoppio Del Carro or the “Explosion of the Cart” symbolizes a good harvest, stable civic life, and good business.

The Scoppio del Carro is one of the most anticipated events of the year and never fails to attract a large crowd. The decorated white oxen adorned with flowers and garlands represent the beautiful city of Florence, and they pull the cart of explosives. The procession is another exciting part of the festivity that includes people from the Florentine republic marching through the city dressed in period costumes. This procession reaches the Piazza Duomo at 11:00 AM, which is in front of the cathedral.

Story Behind the Unique Tradition of Scoppio Del Carro

Well, we all know the colorful display of fireworks and bursts of colorful sparks from the cart, but what’s the whole story behind this old tradition of Florence. The bright and sparkling event goes back to the first crusades. It was when the Muslims took over the holy land of Jerusalem in the 11th century, and Christians no longer had access to the sacred land where Jesus had lived. That’s when the army of 1100 crusaders that had Roman Catholic fighters and citizens set off for the crusade to recapture the area. 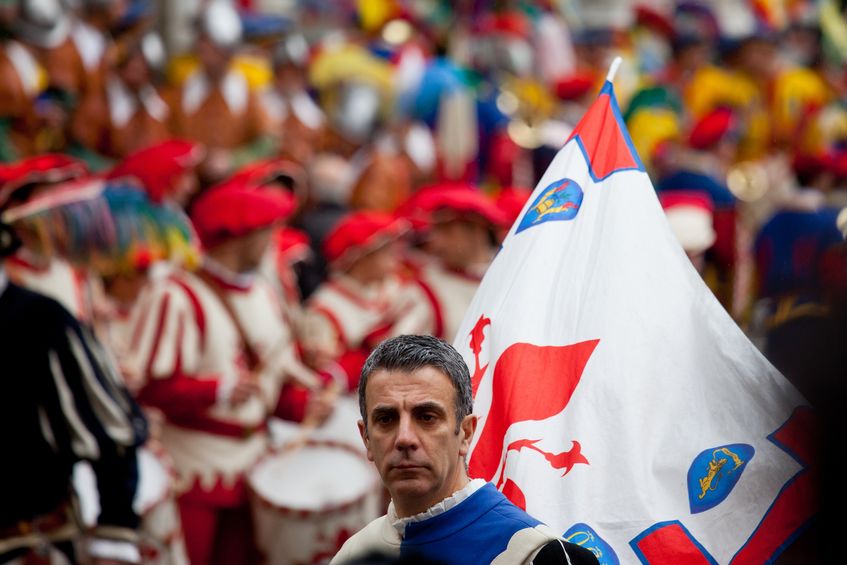 It is believed that the first crusader to climb the wall was Pazzio de’ Pazzi, for which he was honored with a gift of three stones coming from the holy tomb where Jesus was buried named “Sepulchre.”

On Easter eve, these stones were used to lit the fire, and each person was given a bit of fire that symbolized purification. The Church of Sant’Apostoli in piazza Limbo is the place where these stone splinters used to ignite the fire are still conserved and kept intact. Here the essence of fire and purification is found in this lovely tradition of Scoppio del Carro, as fire is the symbol of purification.

Earlier the stone slivers were distributed each easter to start a fire, which was replaced by the cart decorated with flowers and garlands in the 14th century as a way to bring the fire to the religious center. All through these years, the tradition has evolved in many sense. From stones to cart where the procession became more elaborated, the actual fire was also replaced with a beautiful display of fireworks.

This is one of the most spectacular sights in the region and you should definitely make your travel plans in accordance with this celebration. Not only would you get to participate in the local traditions, but you would also get to savor the special delicacies that mark these festive times. If you are traveling with your loved ones, then this would be a great time to spend some quality moments together and to recollect the spirit of joy that the Crusaders felt when they achieved their victory during the first Crusades. So get out your notepad and start preparing the itinerary for a truly exceptional and traditional Italian escapade.