Where is The Largest Christmas Tree in The World?

Where is The Largest Christmas Tree in The World?

If you are a thinker, if you think while sitting on that bench waiting for your train to the office or during that silent morning stride or anywhere else, you might have come across thoughts pertaining to the largest, longest, widest, biggest, smallest, and tiniest in the world.

Well, a thought that you might stumble upon now, is- is there a largest Christmas tree in the world? And if there is, where is it located? 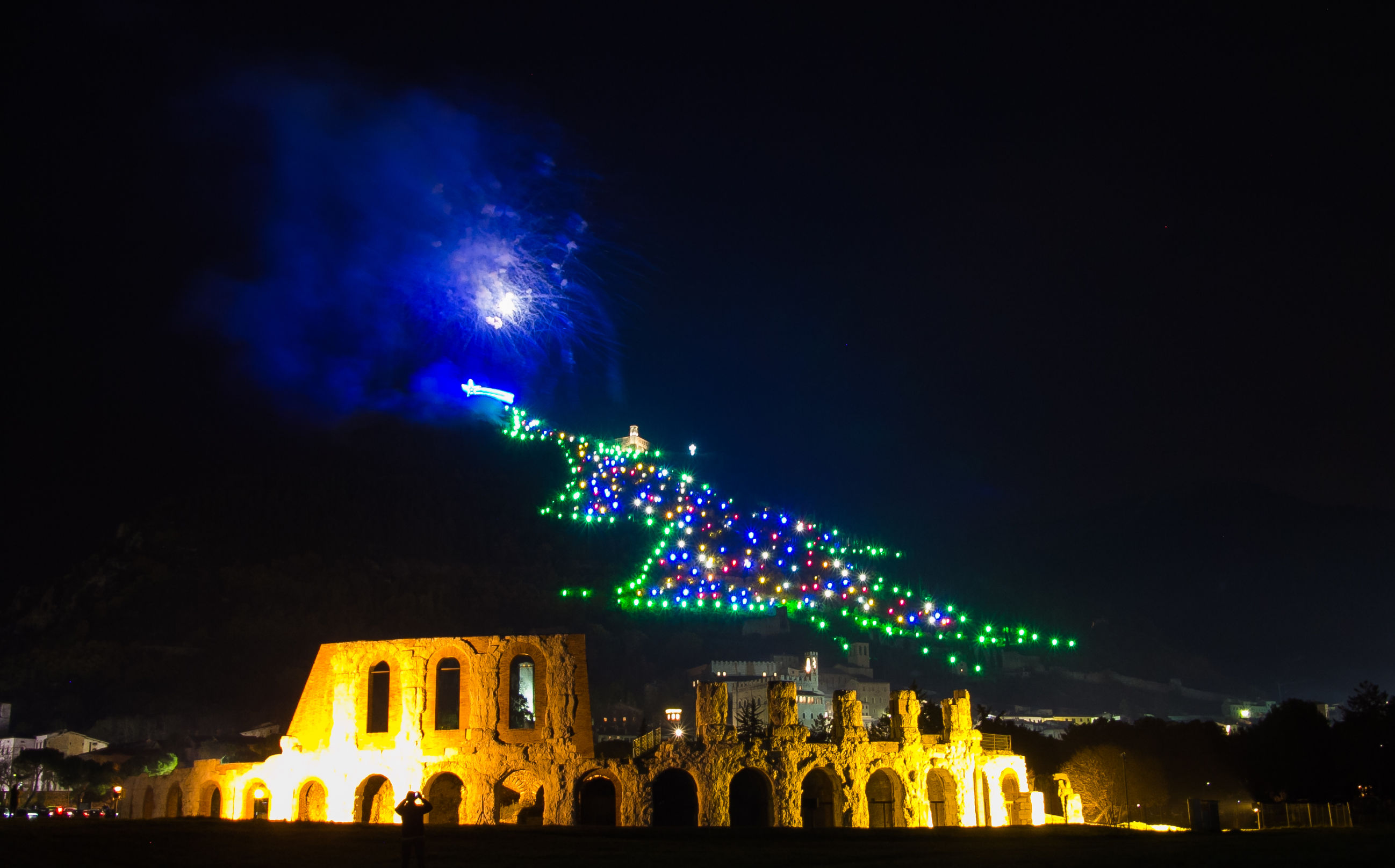 In the heart of Italy, out of the 20 regions, is Umbria and one of the provinces of Umbria is Perugia, whose small town of Gubbio has the largest Christmas tree in the world. It is contrasting to see how zooming into the tiniest level of the land, gives us the largest in the world.

Gubbio proudly holds this distinction of the largest Christmas tree that’s not even a tree! Shocked? Well yes, the largest Christmas tree is not a tree rather it is a lighting illumination in the shape of a Christmas tree on the hill slope of Mount Ingino. And unlike most of the history of Italy, this doesn’t go back to hundreds of years but just 36 years. It was the year 1981 that the people of Gubbio decided to celebrate Christmas in a different way and lighted up this Christmas tree-shaped illumination. With a height of 2130 feet, the tree starts from the wall of the cities which intersect the foothills of Mount Ingino and touches the Basilica of Sant’Ubaldo on the top.

Video Source: Trips to Italy via You Tube

The enthusiasm of people took a formal shape— a committee, which volunteers with a wide range of age groups, working for 3 months a year for making the tree.

On the day of Immaculate Conception, every year the tree is lighted up and since 2010 photovoltaic system is used to illuminate the tree.

In the 10th year of inception, the event was recorded by the Guinness Book of World Records as the largest Christmas tree in the world.

How to reach Gubbio?

Situated in the centre of Italy, Gubbio is quite easily accessible. The 2 major cities which are in the close vicinity of Gubbio are Florence and Rome. Florence is situated 161 KM north-west of Gubbio and Rome is a mere 213 KM in the south. Rome and Florence both have international airports; Leonardo Da Vinci International Airport (Rome) and Amerigo Vespucci Airport (Florence). 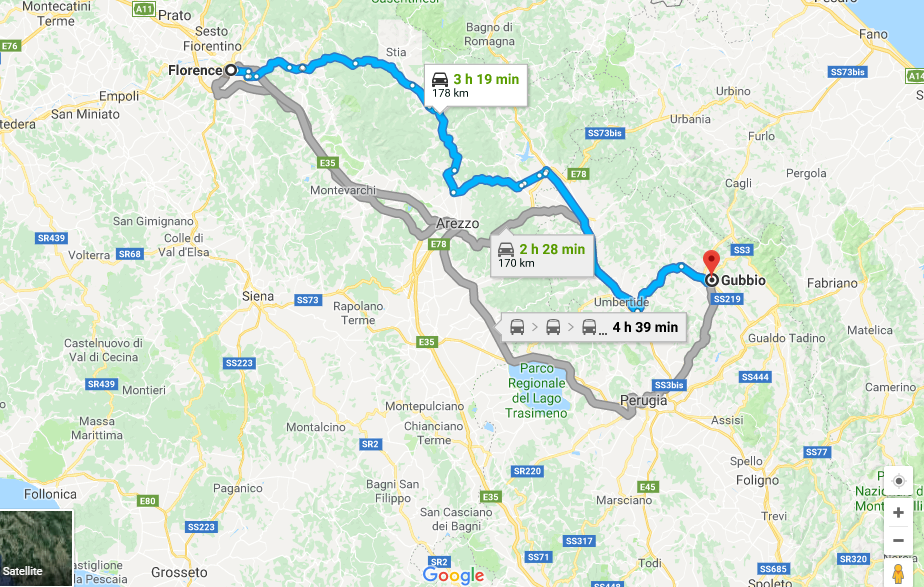 From Florence you could drive down to Gubbio VIA Autostrade A1 a part of European route E35, it is a small distance of 170 KM. An alternate route is VIA the state road SS3bis which is 8-10 KM more than the previous route. 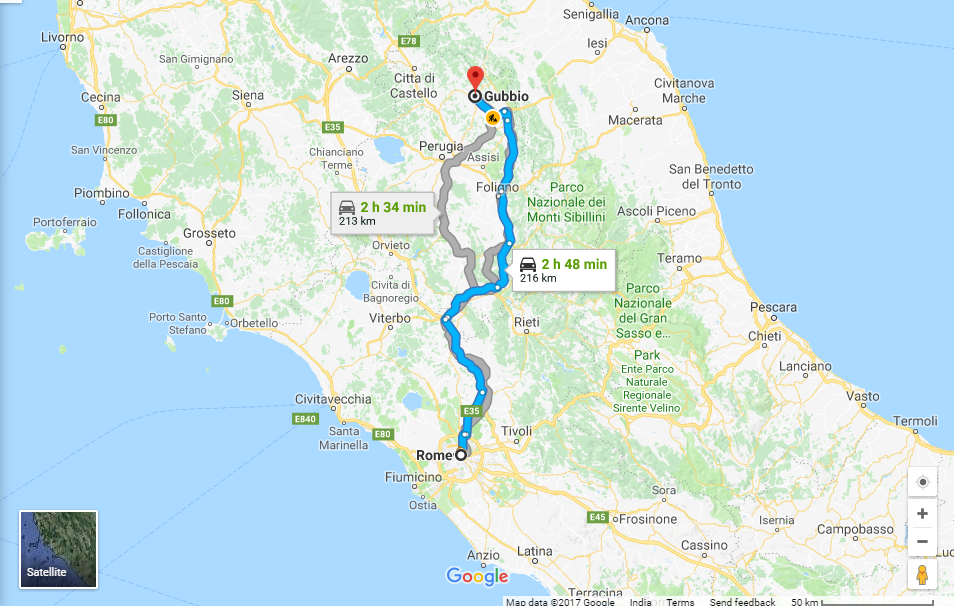 Just like from Florence, Rome also has 2 routes to Gubbio which have almost equal distances. The state road SS3bis and SS3 seamlessly connect Rome to Gubbio.