The importance of la Sensacar

Festa de la Sensa in Italian means feast of the Ascension and is celebrated with 2 major ceremonies- The marriage of Venice with the sea and the first regata of the season.

The marriage of Venice with the sea

The traditional rowboats with the mayor of Venice leave from the Saint Mark basin in the Adriatic sea and reach San Nicolo al Lido. The mayor throws a ring in the sea which represents the marriage of Venice to the sea. Back in the old times, the ceremony was carried by the Doge of Venice.

Regata of the season 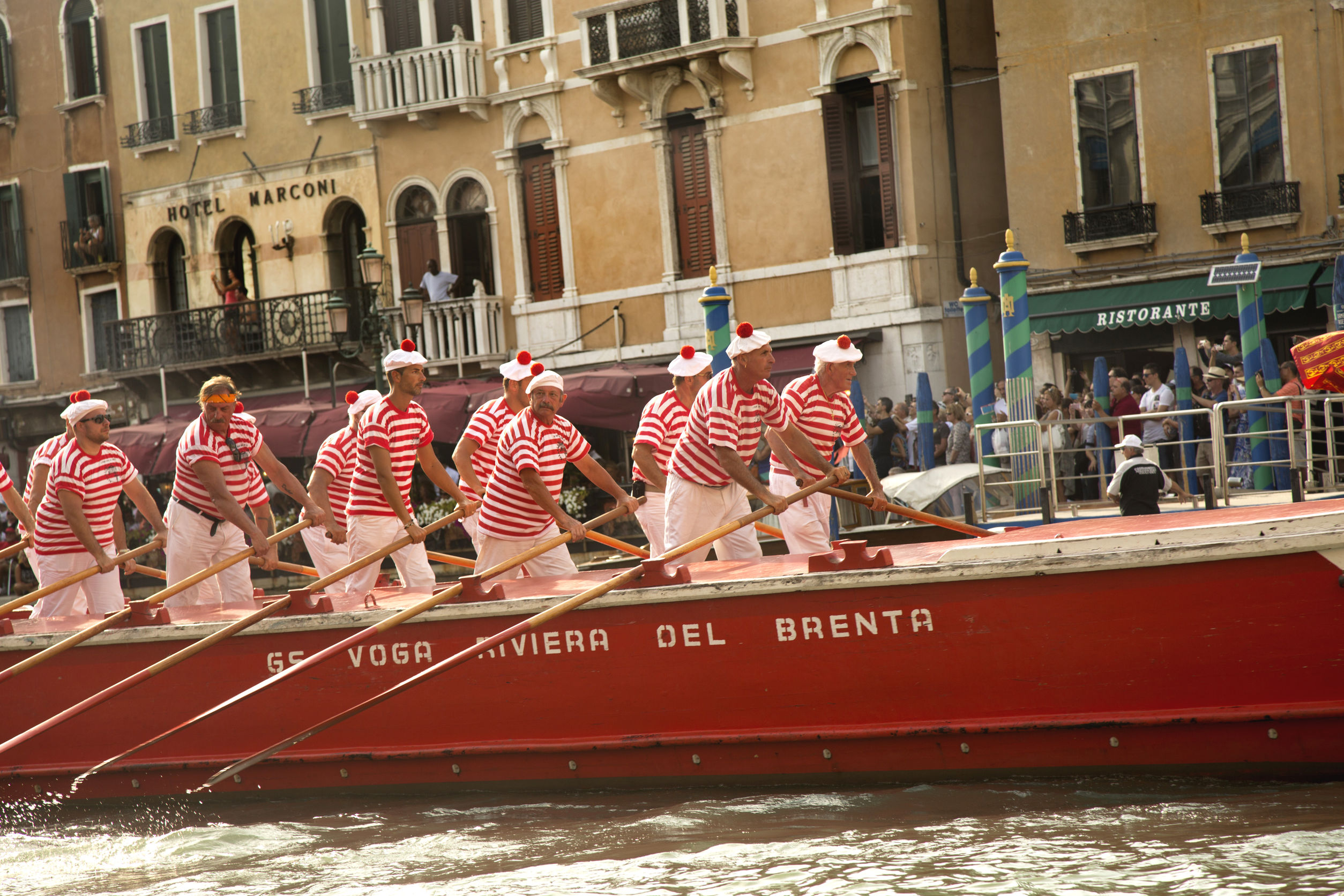 The second event is the regata which takes place in the Adriatic sea. Regata translated to English as regata means a boat race sporting event. It is an important rowing event of the season in Venice. Rowing boats compete to win Bandiera, which is a medallion equivalent prize.

The marriage to the sea

About a thousand years back, on 9th May 1000 A.D., the Doge of Venice—Pietro II Orseolo rescued the people of Dalmatia, which is one of the four historical regions of present-day Croatia by defeating the Slavs. This marked Venice’s dominion over the Adriatic sea.

The fleet of boats was led by the Bucintoro—the ship of the Doge of Venice in the Adriatic sea to reach St. Helena. After receiving the blessings from San Pietro di Castello, the Doge threw a gold ring into the sea. He recited the line- ‘Desponsamus te, mare, in signum veri perpetuique dominii’ (which translates to ‘We marry you, sea, as a sign of true and perpetual domination’ in English) at the port of San Nicolo. The throwing of the gold ring represented the marriage of Venice to the sea.

How it is done today?

Today the whole procession is re-enacted starting at Bacino di San Marco. A replica of Bucintoro called as Serenissima arrives followed by several other boats. After a while, the Mayor boards the Serenissima and trumpets are played. A salutation is given by the boats by raising their oars. The procession sails close to the Riva Degli Schiavoni and the Riva dei Sette Martiri and continues to the Scuola Navale Militare. After a brief salutation to the officers, it sails to the fort on the Sant’Andrea island. After reaching the San Nicolo church in Lido the Mayor recites his statement followed by the blessings from the Patriarch. The Mayor then throws the ring in the sea marking the wedding ceremony of Venice and the sea.

Just as Carnevale di Venezia The Festa de la Sensa evolved from being a pagan celebration to taking a religious significance. It also disappeared for a while and was reinstated in 1965.

The schedule of the ceremony this year

Another event that marks Festa de la Sensa as one of the cardinal festivals in Venice is the Treaty of Venice. In the year 1177, a peace treaty also known as the Peace of Venice was signed between Pope Alexander III and the Holy Roman Emperor—Frederick Barbarossa to end the disputes between the Papacy and Roman Empire. Frederick Barbarossa accepted Alexander III as pope. Sebastian Ziani, the Doge of Venice esquired the Emperor and the Pope to sign the treaty. Pope, Alexander III gave a ring to the Doge as a sign of Venice’s dominion.

A brief Backdrop of Treaty of Venice

The defeat of Fredrick Barbarossa at the hands of the Lombard League in the Battle of Legnano fought on 29 May 1176 was the major cause of Treaty of Venice. The Holy Roman Emperor quickly sent envoys to Pope Alexander III. After a prefatory agreement, a conference was scheduled. On 24th July 1177, the pope sent a delegation of cardinals from Basilica di San Marco to the emperor in the Lido, he formally acknowledged Alexander as pope.

This June witness Festa de la Sensa in real, to book your tour to Venice visit us at www.benvenutolimos.com.