Behind The Scenes- Colosseum Underground Tour

Behind The Scenes- Colosseum Underground Tour

Rome is far beyond a city, it’s a museum where every notable object depicts the history with a panorama that’s varied and beautiful to the eyes. One such historic monument is Colosseum that has been standing still since 80 A.D. A visit to Rome is incomplete without a visit to the Colosseum. The great monument has witnessed several changes over a period of time due to earthquakes but, it is still a remarkable part of Rome’s fascinating history.

Intriguing Facts About the Symbol of the Italian Capital 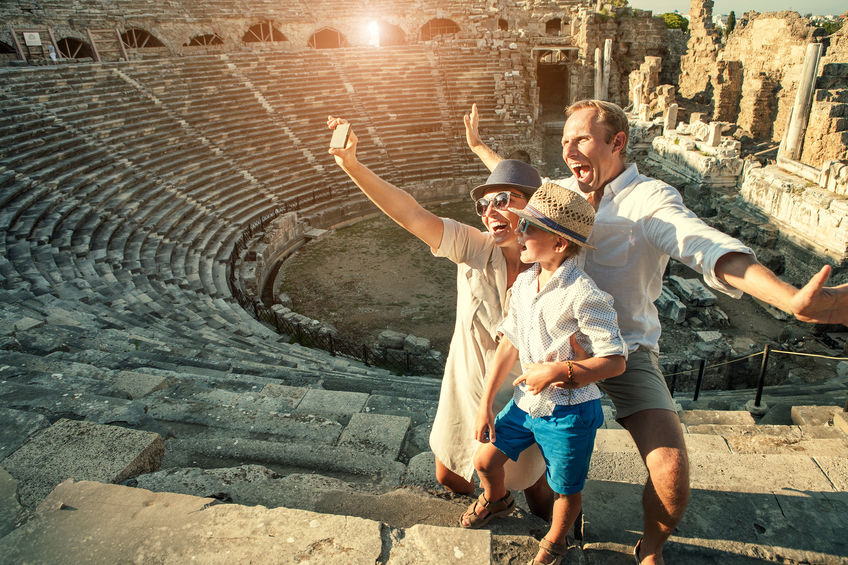 Whether you go on a guided tour or explore the depths of the huge amphitheatre on your own, here are some fun facts that would make your journey more interesting:

-The name Colosseum is derived from the Latin word “Colossus” which means colossal. It was in reference to the gigantic statue of Emperor Nero who was actually erected near the site of the Colosseum.

-The Colosseum was originally known as Amphitheatrum Flavium that refers to a large amphitheatre used for sports and entertainment.

-The Colosseum was constructed between 72 A.D. to 80 A.D. under the reign of Emperor Vespasian.

-The west exit was referred to as Gate of Death as the dead gladiators were carried through the same passage.

-It is thought that around 500,000 people lost their lives and over a million animals were killed in the people vs. monster games at the Colosseum.

-Though the building seems protected from the external elements, the southern side of the Colosseum collapsed due to an earthquake in 847.

-The first game at the Colosseum held in the reign of Emperor Titus in 80 A.D. It lasted for 100 days, where 3000 gladiators fought at that time. 435 A.D. marked the last gladiatorial games.

-Over 337 species have taken root among the ruins which made it one of the popular destinations of the Botanists.

-The Colosseum appears on the reverse side of Italy’s Five Cent Euro Coin.

-St. Peter’s Basilica in Vatican City is partially constructed out of the marble facets and remains of the Colosseum.

-You would be surprised to know that Ridley Scott, the director of Gladiator at the Colosseum had to go through all the red-tapism and bureaucracy for his movie. But, he found that the area at the Colosseum was not big enough for Hollywood to film a movie, he spent $1 Million to build a replica in Malta.

-Underneath the Colosseum, there were rooms where animals and gladiators were kept in anticipation till they try their fate above on the Arena Floor. And, there were around 36 trap doors for special impacts

-Isn’t it interesting! Hope you have got enough idea of the underlying history of the great grand Colosseum before you head for the underground mystery. 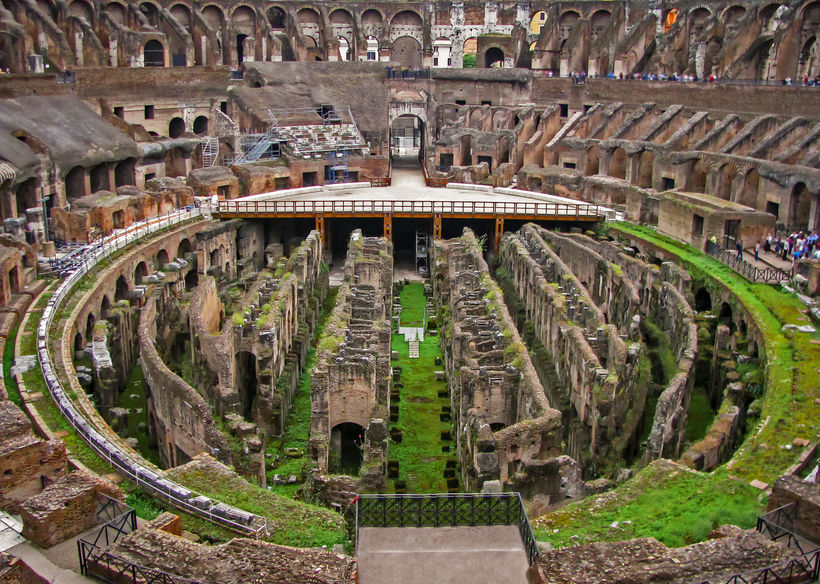 Generally, visitors with a standard entrance ticket are given access to the first tier and the second tier of the Colosseum suited for the ones who are rushing to visit multiple sights in a day. Well, if you are a person who loves to know about history then, the Colosseum underground tour is for you. It is similar to a backstage pass into the fascinating history of the colosseum which allows the visitors to access areas that are left untouched by many.

A visit with a little context always adds meaning to your experience!

As you walk through the restricted areas of Colosseum, you will always get an advantage of a knowledgeable guide who will take you on a tour to the Colosseum’s historic stories.

However, even if you are visiting the Colosseum without a guide, the experience would be worth it. Especially if it’s your first visit, it is going to hit the right chords and you will find yourself to be the luckiest who has got the opportunity to visit the Colosseum.

Securing Your Spot for the Colosseum Underground Tour

How to book Colosseum Tickets?

If you are interested to book an underground Colosseum ticket, you are required to purchase two different tickets: a standard ticket and a tour ticket that costs 12 Euros and 9 Euros respectively. Since you are on your vacation probably you don’t wish to wait in long ques for the tickets so you can opt for online booking that has a booking charge of 2 Euros.

The tours are limited by only 25 people at a time, it is advised to book your tickets as soon as possible so that you don’t need to waste your time waiting in long ques. Moreover, you should avoid waiting especially in the summers as it’s a peak season and tours fill up quickly these days.

You can also opt for a private tour company to book your underground tour to the Colosseum. They provide you with a tour guide for the two other sights the Roman Forum and Palatine Hill which are included with the ticket to the Colosseum.

Deep into the Heart of the Massive Ancient Building!

Whether you have taken a tour in your life or not, it’s completely worth here. So get ready for the best comprehensive tour to the ancient Rome Colosseum underground: Skip the lines to get the full backstage view in the depth of 3.5 hours which begins with the Arena Floor known as the stage which took eight years to build. However, the original arena floor was dismantled centuries ago so this is off course a newer addition to the great grand building. Well, it is still an eminent standpoint which many tend to miss when they are restricted to the outer rings of the amphitheatre.

You would be surprised to know that around 80,000 people could fit into the arena floor at a time. As you enter through the Gate of Death, the entry point of the gladiators which were carried after death, you would feel trivial at the edge of the arena floor. Here you will get to see the massive ruins of the important and impressive amphitheatre in the world.

Imagine yourself standing at such a vantage point with the most interesting tales, you could feel all that this giant theatre must have gone through in the past among the people who are experiencing the same with all the thrill and excitement. Well, you could never capture the entire picture of the arena floor where the gladiators lost their lives without making a visit. 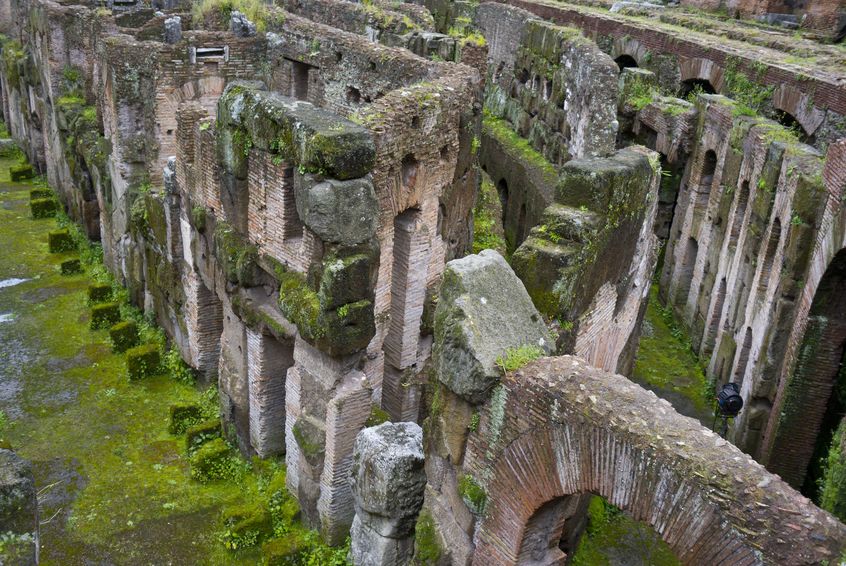 The Colosseum basement gives you the real access to the “behind-the-scenes” look with an elaborated underground network of tunnels, cages, and holding rooms beneath the arena floor. Here the gladiators and animals were kept in anticipation and give you a nice view of what went during the preparations of the public spectacles before the rich and the poor sect of the Roman Empire.

Now, most of the basement is exposed where grass grows but, still, the underground structure around the outer rim is intact and in a decent condition. Even some of the parts have been reconstructed such as lifts which once took the gladiators and the animals to the arena floor. It is quite dark down here but, doesn’t seem scary as it was in the past. Several changes have occurred over the years but, it still gives us enough room to think about what could have happened here when we look back 2000 years down the line.

After passing through the gated area, you head up to the Third Ring located at the top of the amphitheatre. It provides a stark contrast to what an underground place could mean. The Third Ring gives a great view of the Colosseum and the ruins nearby the Roman Forum and Palantine Hill which included the House of the Vestal Virgins, The Fori Romani, The Arch of Constantine, The Arch of Septimius Severus, The Hippodrome of Dominitian and the Temple of Julius Caesar. Here you can see some of the pieces of the outer walls as most of them were taken and sold after the fall of Rome.

The tour to the Third Tier of the arena is literally an experience of deep exploration of the incredible Colosseum. You are advised to bring a good quality camera as you see so much along the way. Moreover, there are small fountains in the Roman Forum which provide drinkable water so bring a water bottle especially in summer as it’s quite hot.

THE FIRST & THE SECOND RINGS

After you have completed the Colosseum underground tour, taking a walk through the First and the Second Ring might not be a big deal. There isn’t much left for your scrutiny at these levels as the Arena Floor gives a good view of these two tiers of the Colosseum. Well, it still gives a different feel as the view changes on each level of the Colosseum. However, from the photography standpoint, both the levels are equally fascinating, the Second Ring gives a much closer look at the network of tunnels.

PERIMETER WALK OUTSIDE THE COLOSSEUM 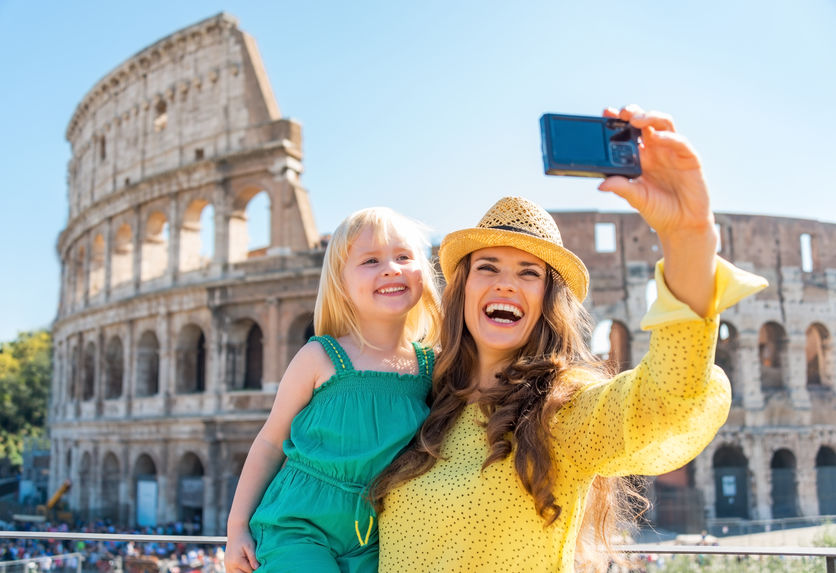 If you are a great fan of photography, don’t miss to take a walk through the full perimeter of the Colosseum after you exit the massive museum. As you take a walk through the outer rings you would get ample opportunities for good shots along the way. However, you may need to put in efforts at the most unexpected angles for some extraordinary shots.

What to expect at the Colosseum underground tour?

-When you at your underground tour to the Colosseum, you may encounter certain situations which may require attention. Here are the points to consider:

-After you have made through the security, you can ask at the security checkpoint where to meet if, you haven’t been told earlier. They will point you in the right direction.

-Even the smallest tours at the Colosseum may be noisy that may hinder the communication between you and your guide. So, you don’t need to worry as you are given a pair of headsets to clearly communicate with your guide.

-Children under 18 are allowed free entry up to the age of 12. However, they need to show the age proof so always carry your passport or ID with you.

Though Italy has changed over the years, Rome is Rome and the Colosseum echoes the history of Rome. You would feel an emotional rush heightened by the captivating narrative at the Colosseum. Hope the blog is successful at building a similar momentum and has etched the perfect picture in your minds.

If it’s your first time in Italy, be sure to check our services here!