‘Every road leads to Rome’—an adage from the Middle Ages spoke out loud—the first roads were made in Rome. Well, apart from catching any road to arrive in Rome, another amazing thing to fathom in Italy are some of its trickiest roads.

Apart from everything Rome is famous for and is pursued—monuments, culture, architecture, sculptures, landscape, food, roads might be the least. Yet riding some of the roads in Italy is adventurous as everything it is popular for.

Even if you are not a road trip lover, plan out a trip on these stomach sinking roads of Italy. 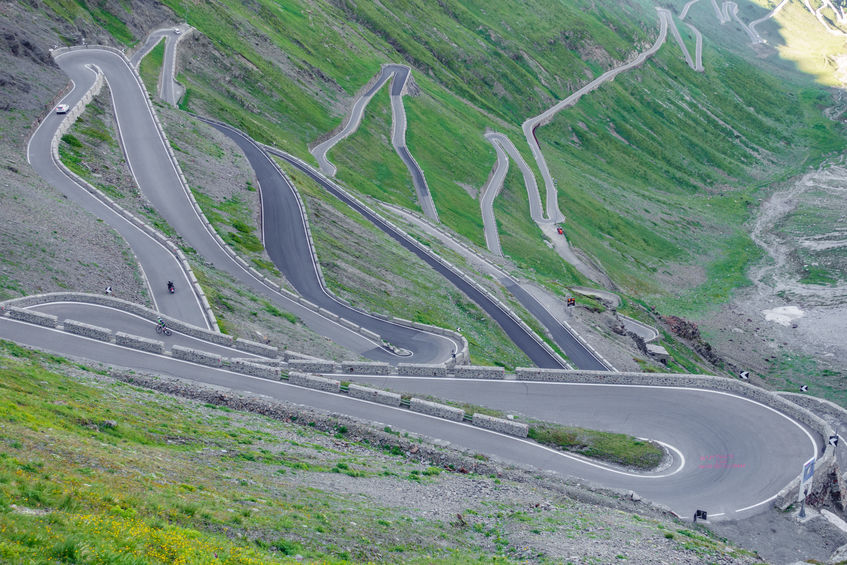 Known as Passo Dello Stelvio in Italian, you probably won’t find a road like it in the entire world. If you zoom in Google maps to see the Stelvio Pass, it might look like a zig-zag electric signal. The Stelvio pass is known for its 48 hairpin bends which seen from a distance looks like a thick liquid such as honey being randomly dropped on a surface. The zigzag goes for about 29 Km and over the Ortler Alps which is almost the Swiss border. The pass took 5 years to build i.e. 1820-1825 and was made by the Austrian Empire that wanted to connect Lombardy which was then an Austrian province with the rest of the country. The pass has been a keen interest for bikers, cyclists and racing events were also held here until WWI. During the war, the activity ceased but once again racing enthusiasts found their loved tracks after the war ended.

A little south to Stelvio pass is the Passo del Tremalzo as known in Italian. Made by the Italian army in WWI, the gravel route might even remind you of the route that led up to Thermopylae, as depicted in pictures and other media. During the war, the Italian army took the southern side and Austrians tools in the northern. Unlike the Austrians, Italians didn’t have time to make trenches, instead, they made cart tracks which enabled faster transportation of artillery. The Tremalzo pass lies near Trento and Lake Garda. The weather here is extreme as in summers it becomes milder and in winters the route gets covered with thick snow. Standing at 5500 feet elevation the Tremalzo pass becomes dangerous due the frequent rock slides. 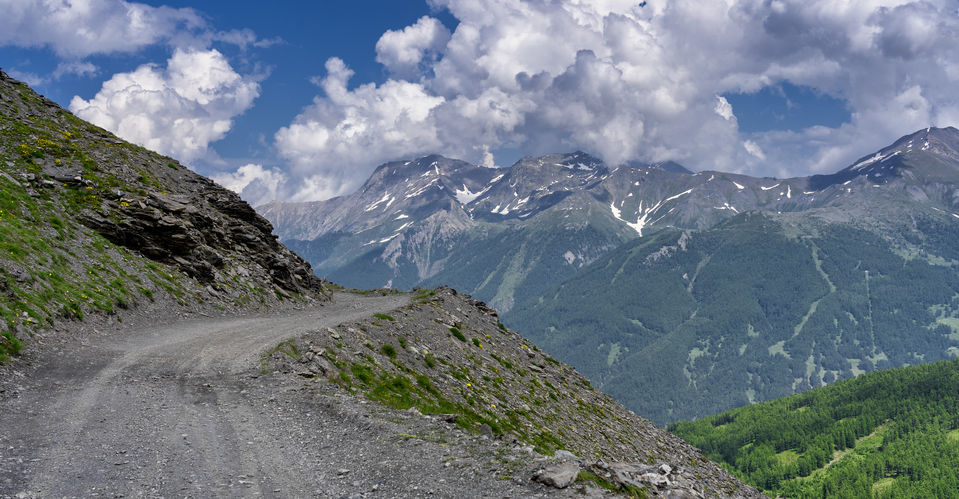 About 400 km southwest from the Tremalzo Pass is the Colle Delle Finestre, that is situated at over 7000 feet above the sea level and is open from June till September. Situated in the Piemonte region of Italy, the road connects the Susa and the Cisone valley. Mostly gravel and one of the old roads, Finestre was built in 1700 to gain access to Forte di Fenestrelle. The route has more hairpin turns the zigzag Stelvio pass with 55 such hairpin turns, making it one of the most dangerous roads of Italy. Colle Delle Finestre is very popular among bikers and cyclists and has been a host to many Giro d’Italia in 2005, 2011, 2015 and 2018. There are 2 starting points: Depot and Susa with the descents 16 and 18.62 Kms respectively. The last 8 Km from Susa is not asphalted and this could be attributed to the fact that the paved part of the road was done for the military.

One of the most frequented places by tourists in Italy—Amalfi Coast is home to one of the awesome rides in Italy. The SS 163 Amalfitana is parallel to the shoreline from Sorrento to Salerno. One should plan a seamless drive on Strada Statale Amalfitana from mid-September to October when the road is quite less crowded. The Amalfi coast drive is one of the world’s best coastal drives. The 30 mile Amalfi Coast drive lies between Sorrento and Amalfi village and has an occasional railing.  The “Amalfi Drive” is known to be the most spectacular road in Europe. Right from Sorrento, the winding cliff top road offers breathtaking panoramic views at every bend. 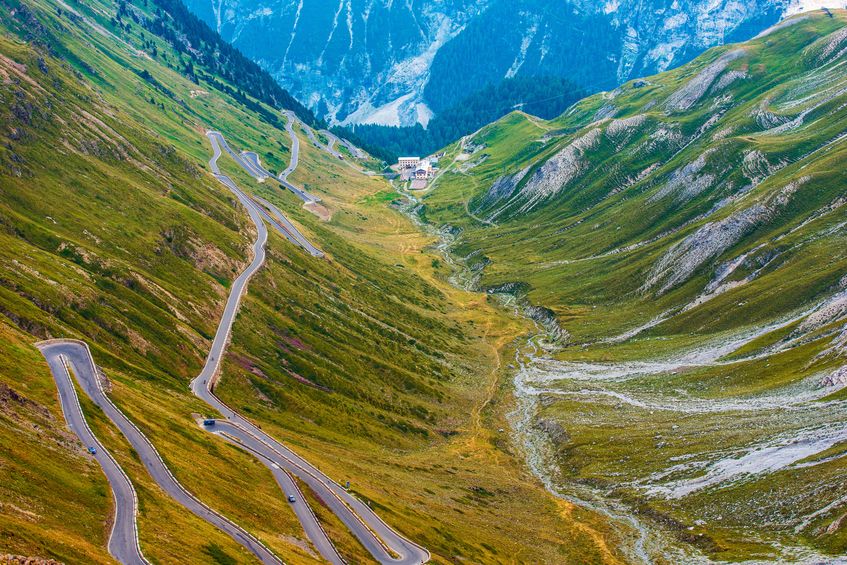 A 3 and a half an hours drive from Colle Delle Finestre is Colle Fauniera which is located in the Cottian Alps in the Piedmont region of Italy. Also known as Colle dei Morti which is translated to English as ‘Hill of the dead’, Colle Fauniera is 8200 feet above the sea level. The pass connects Valle Grana and Vallone dell Armi. Colle dei Morti comes from the ferocious fight between the French and the Spanish in 1744 by their enemies from Savoy. The road is closed from October to June and is pretty steep. This road was completely asphalted in the year 1999 for Giro d’Italia making it the highest paved mountain passes in Europe.

Before making a plan to enjoy the drive on the most treacherous and dangerous roads of Italy, ensure these routes are open and safe. To book Italian tours visit www.benvenutolimos.com.