Take Delight In The Undisputed Beauty Of Amalfi

Take Delight In The Undisputed Beauty Of Amalfi

Italy is full of places with distinct dramatic settings. One such most loved and visited places is the Amalfi Coast. Lying to the north of Salerno Gulf, Amalfi coast is a part of the western coastline of Italy. It’s been over 20 years since the picturesque coast was listed as a UNESCO World Heritage Site and enjoys a horde of tourists every year.

A lesser-known fact is that Amalfi Coast is not just one coastal town, rather is a set of some mesmerizing coastal towns those make up this turquoise shoreline a tourist’s hot spot. Right from the beautiful town of Positano in the west to the town known for its polychrome ceramics—Vietri Sul Mare in the far east, makes Amalfi an unforgettable coast. 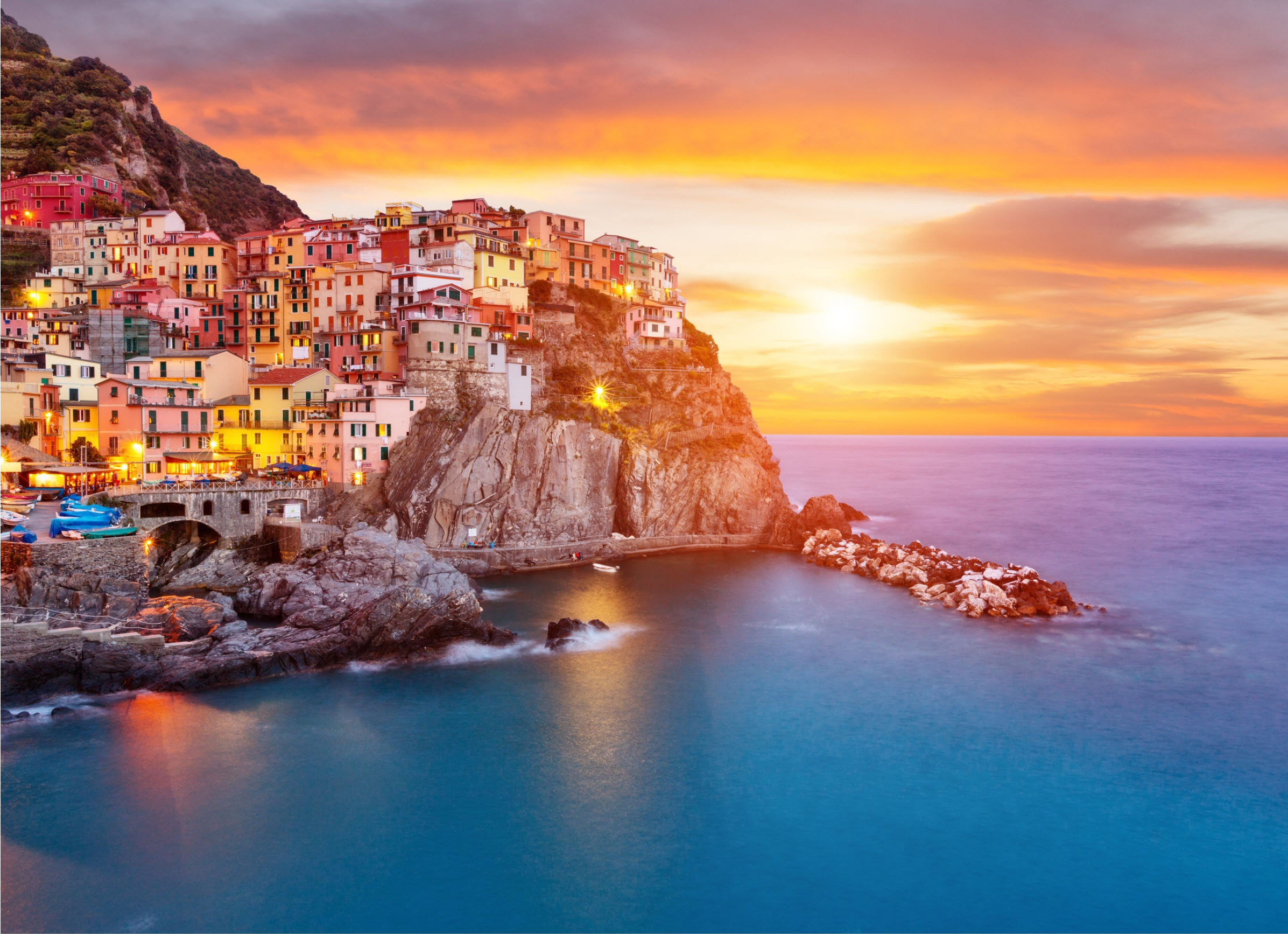 From the top of the picturesque town, thousand steps lead down to the town and eventually to the beautiful beach of Positano. Most of Positano is a pedestrian zone and so the best way to cover it is on foot. The hustling local market makes up the heart of the town. Just in the middle of the town is Chiesa di Santa Maria Assunta, and ancient church worth visiting.

Halfway between Positano and Amalfi is the beautiful town of Praiano. The major attractions of this majestic town are the Guard Tower. Built-in the medieval age the tower helped in keeping a watch at the sea. One should also visit the Basilica San Gennaro, a church, which was consecrated to St. Gennaro. Another church—The Church of San Luca Evangelista was built in 1588 upon a preexisting church from 1123.

Furore – as the name suggests, is one of the most beautiful villages that derives its name from the violence of the sea, and is a part of “Italian Painted Towns”. When you reach Furore, driving alongside the hilly roads you encounter the pretty terrace that overlooks the coast which is sparsely populated. In comparison to its contemporary coastal towns, Furore is a rural area that has been considered as a World Heritage Site by UNESCO. Vietri Sul Mare, known as the “First Pearl of the Amalfi” is a town in Salerno province which is one of the most popular tourist destinations in Italy. The place is appreciated for its polychrome and ceramic handicrafts. Church of St. John the Baptist, built in old Neapolitan Renaissance style dated back in the 10th century is a major attraction that is not be missed. 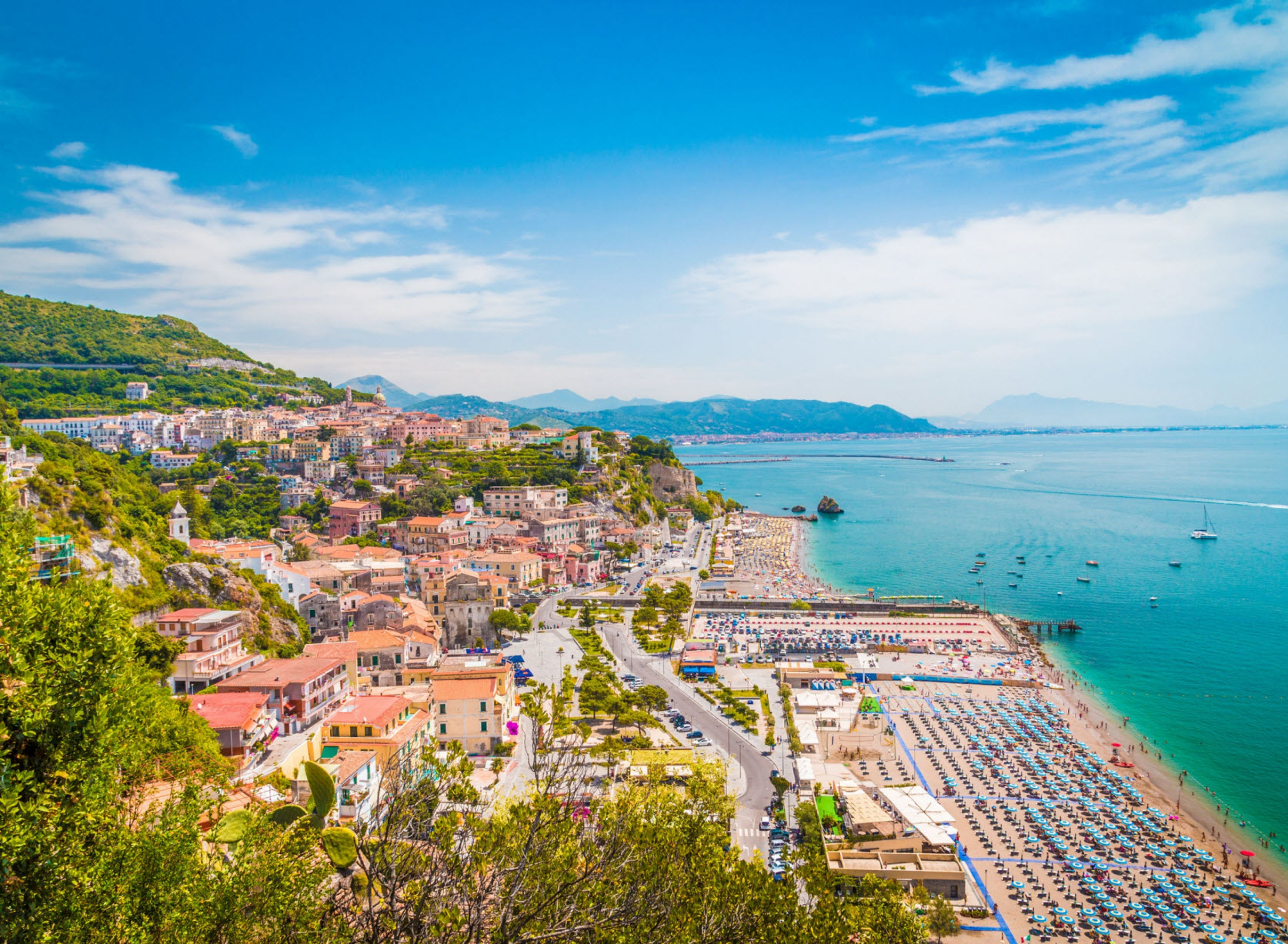 Cetara is another natural marvel situated in the territory of Amalfi coast that derives its name from the Latin word Cetaria which means fishmongers of big fish. It is a fishing village known for its fishing industry and restaurants. As you drive by the twisty roads of Cetara, you will encounter blind curves with local buses coming your way and that’s surely going to turn your head around! 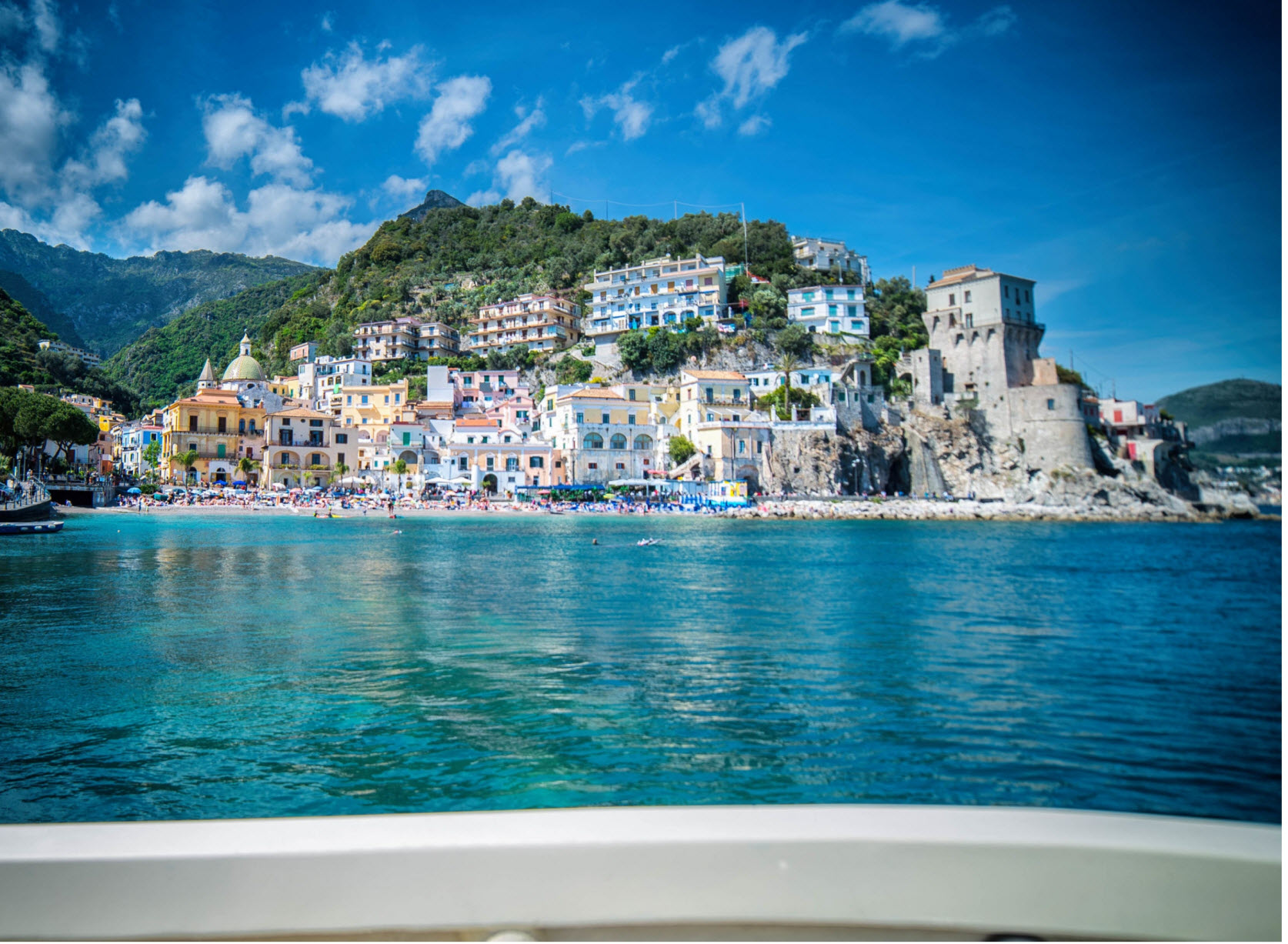 Miaori is a town on the Amalfi coast that encompasses mountains, beaches and beautiful sights with rich cultural heritage. It is one of the most popular tourist destinations since Roman times though, the origin of the town is unclear. Collegiate Church of Santa Maria a Mare is the major attraction of the town that dates back to the 13th century. It is popular for its colourful maiolica titled dome.

Tramonti translates as “in the mountains” which relates to its elevated beauty where you can enjoy the dramatic mountain view along with sea retreat. The beautiful place is located along the Valico Di Chiunzi which is the highest pass in the mountains guarded with the walls of a powerful castle that has reduced to a single tower. If you love the panoramic mountain view, Tramonti is the ultimate destination for you. 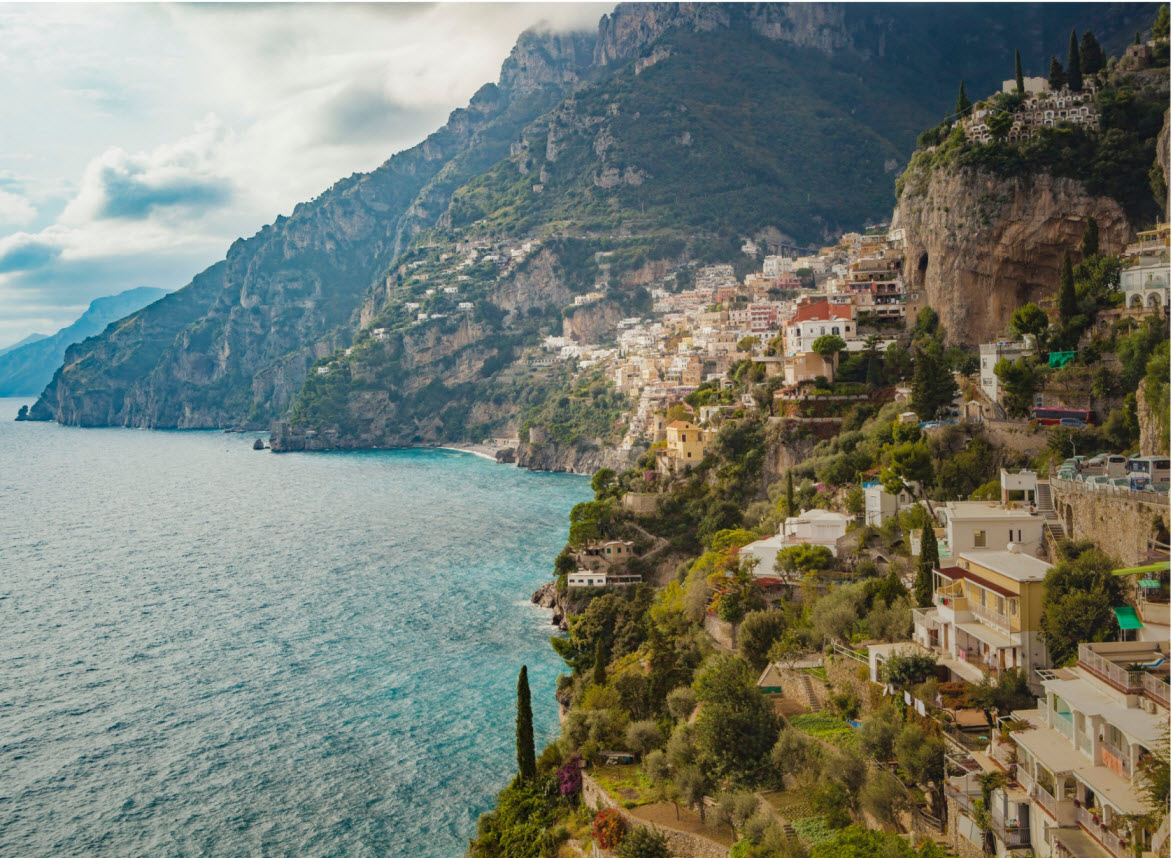 Ravello means the “Gift of God”, and the coast of Amalfi is blessed with one such gift. It is the place with lush gardens and the beautiful view of the Mediterranean. Ravello was one of the significant places of the maritime Republic of Amalfi back in the 9th century.  Duomo di Ravello is its major tourist attraction which contains “pulpit of the Gospels”. If you love music along the seaside then, Ravello is the ideal place to invigorate your senses.

So, how was your journey through the wonderland of dramatic cliff sides and blue waves overlapping? But this journey is nothing as compared to being there! If you have never been to this gorgeous shoreline of Italy, add it to your travel bucket list. 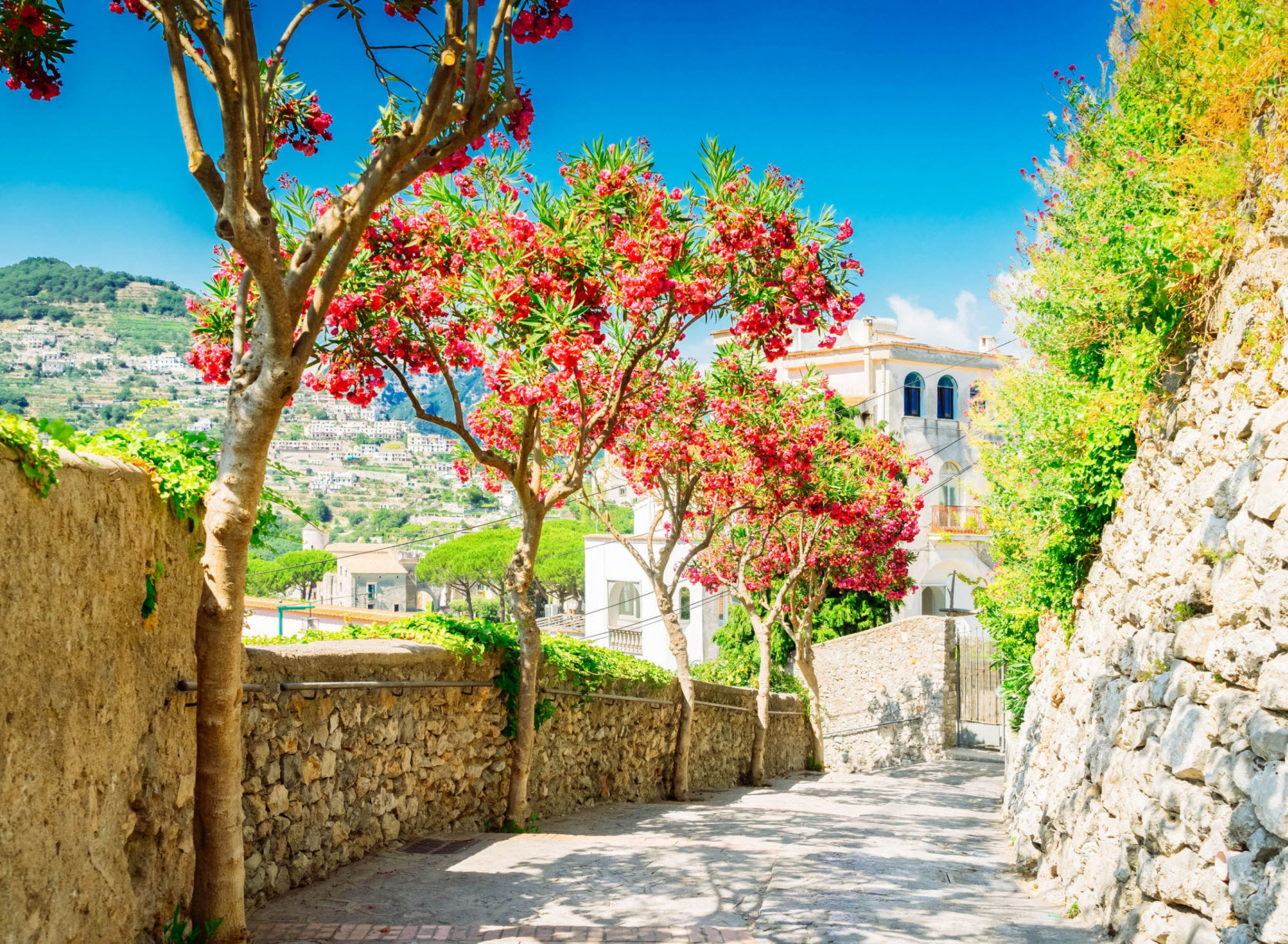 Get best-priced tours for Amalfi Coast at www.benvenutolimos.com