What All You Should See In Pompeii

What All You Should See In Pompeii

Out of thousands of reasons to visit Italy, this is the one, you could never forget. The history books told us the deadly destruction of the city of Pompeii in 79 AD due to a catastrophic volcanic eruption of the adjoining Mount Vesuvius, which is today, one of the 16 Decade Volcanoes of the world. Yes, visiting the city of Pompeii which was buried for a period of a thousand and five hundred years under the volcanic ash, is undeniably one of the most amazing reasons to visit this place.

One of the most disastrous in the human history, by calculations, it is estimated that the energy (thermal) that was released during the eruption was a 100,000 times more than the horrific nuclear bombing of Hiroshima and Nagasaki.

The deadly eruption that happened on the 24th day of August, 79 buried the city of Pompeii with volcanic ash and pumice 15-20 feet deep. This volcanic ash and pumice was as hot as 1300℃ and rolled down to the city of Pompeii at a speed of 70 miles per hour. Once an important port city of Italy—Pompeii was razed completely and about 2000 people were mummified by the ghastly eruption.

When was Pompeii rediscovered?

After more than 1500 years, Pompeii was rediscovered for the first time in the year 1599 by architect Domenico Fontana. Later in the year 1748, Spanish military engineer Rocque Joaquin de Alcubierre excavated Pompeii. Later, in the year 1764 Swiss engineer Karl Weber led the organized excavation of cities of Pompeii and Herculaneum, which was followed by many others. The thick layer of ash and pumice over the years preserved Pompeii. The buildings of the city and the bodies of the victims were intact.

What to see in Pompeii?

Apart from visiting Mount Vesuvius, the city of Pompeii itself has several points of interests and here are the answer to all the questions. One of the important parts of ruins of Pompeii is The Forum. The Forum was the urban centre of Pompeii with economic, religious, civic activities bustling in and around it. The 160✕40 meters Forum has some amazing remains of buildings like- Comitium, The Basilica, Eumachia, Temple of Jupiter, The Temple of Apollo, Macellum and many more.

2. House of the Faun 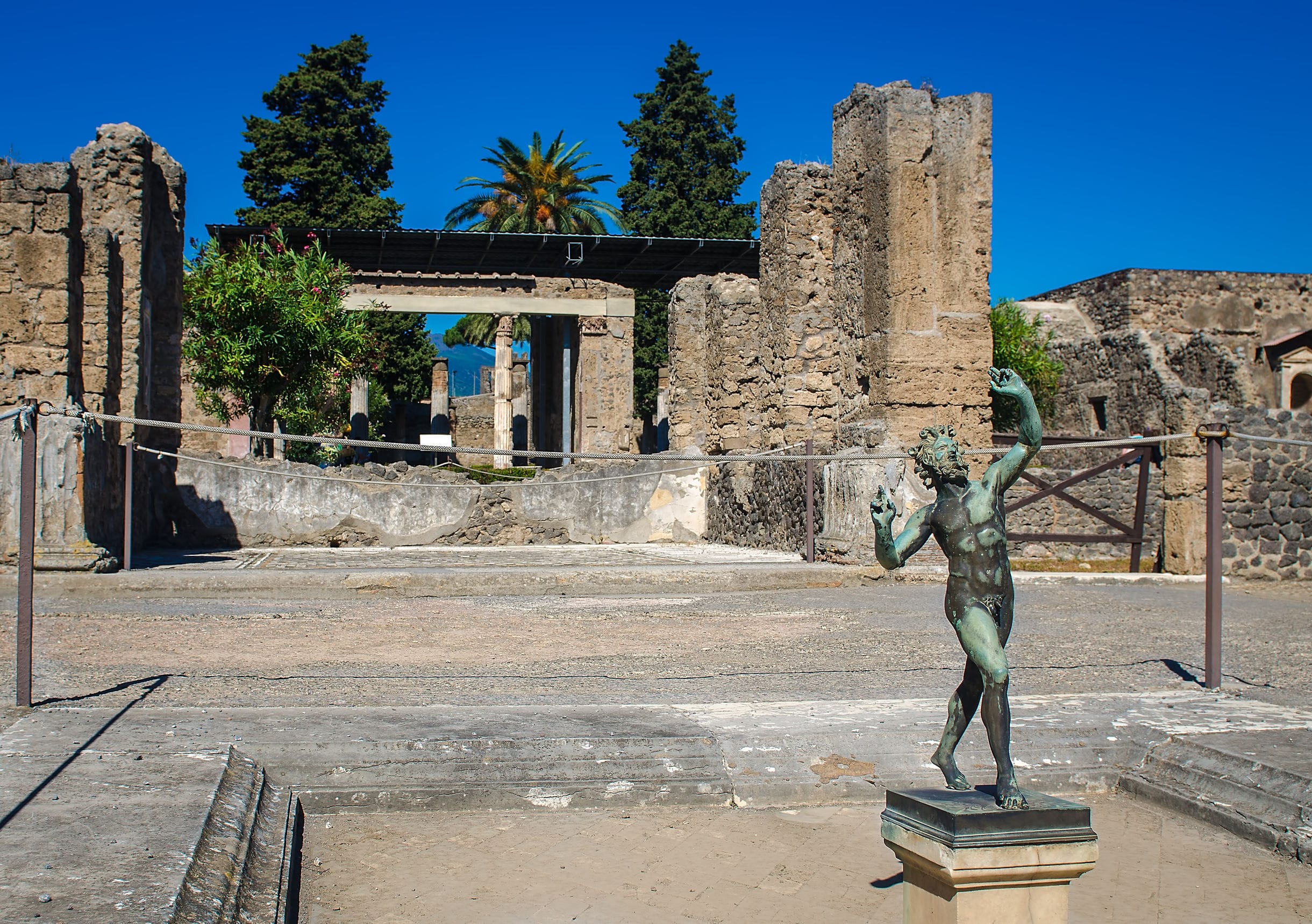 There is always a house in the town, that is adored and craved by everyone. The sheer size and the fortune that has gone into the making of it is enthralling. House of Faun was one such private residence of the ancient Pompeii. With spread over 32000 square feet, the house belonged to one of the richest families of the time. This splendid remains of the palatial residence are named after the bronze statue of a dancing faun in the impluvium in the atrium of the residence. The house is popular for the mosaic work which still has radiating colours and has intrinsic details. 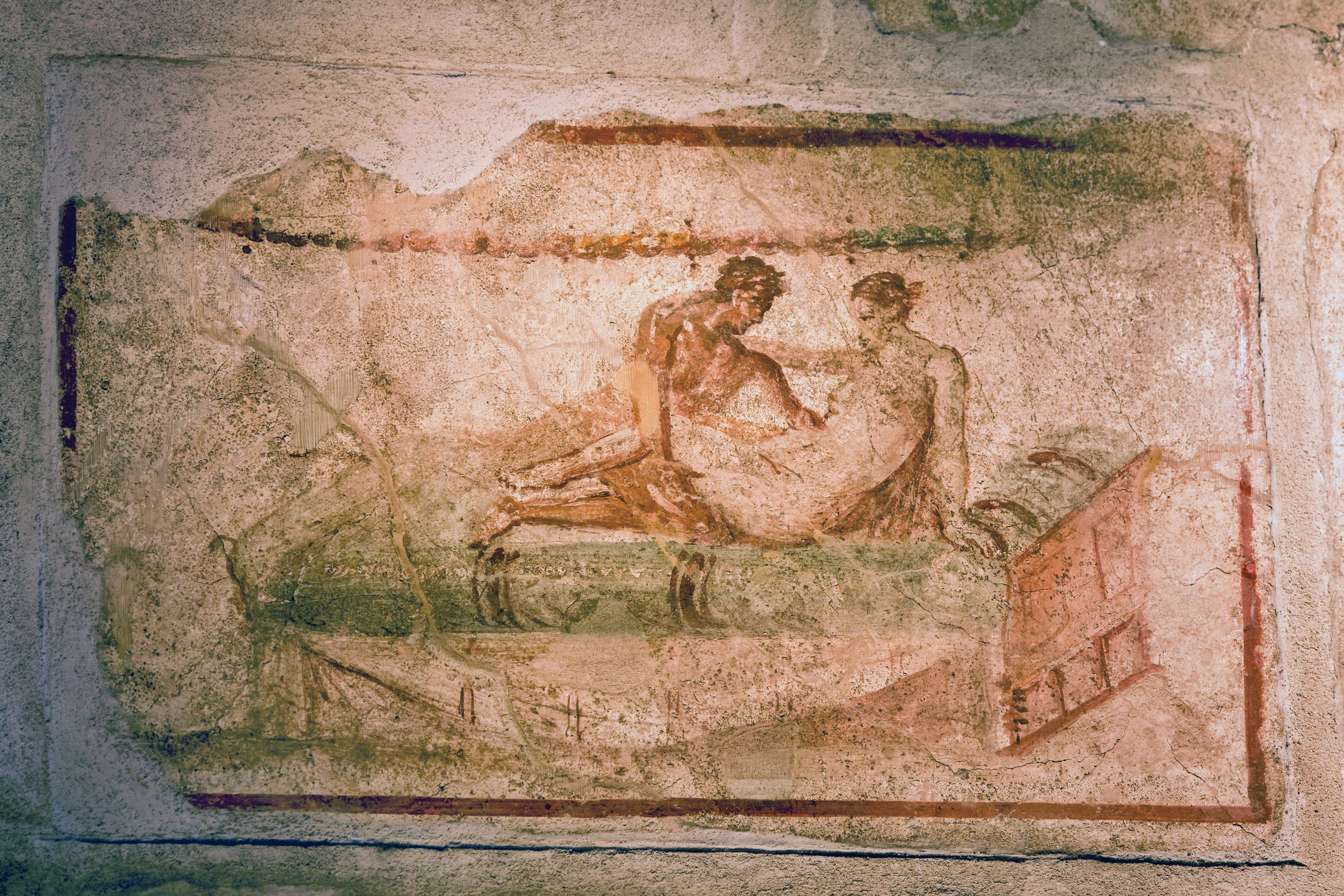 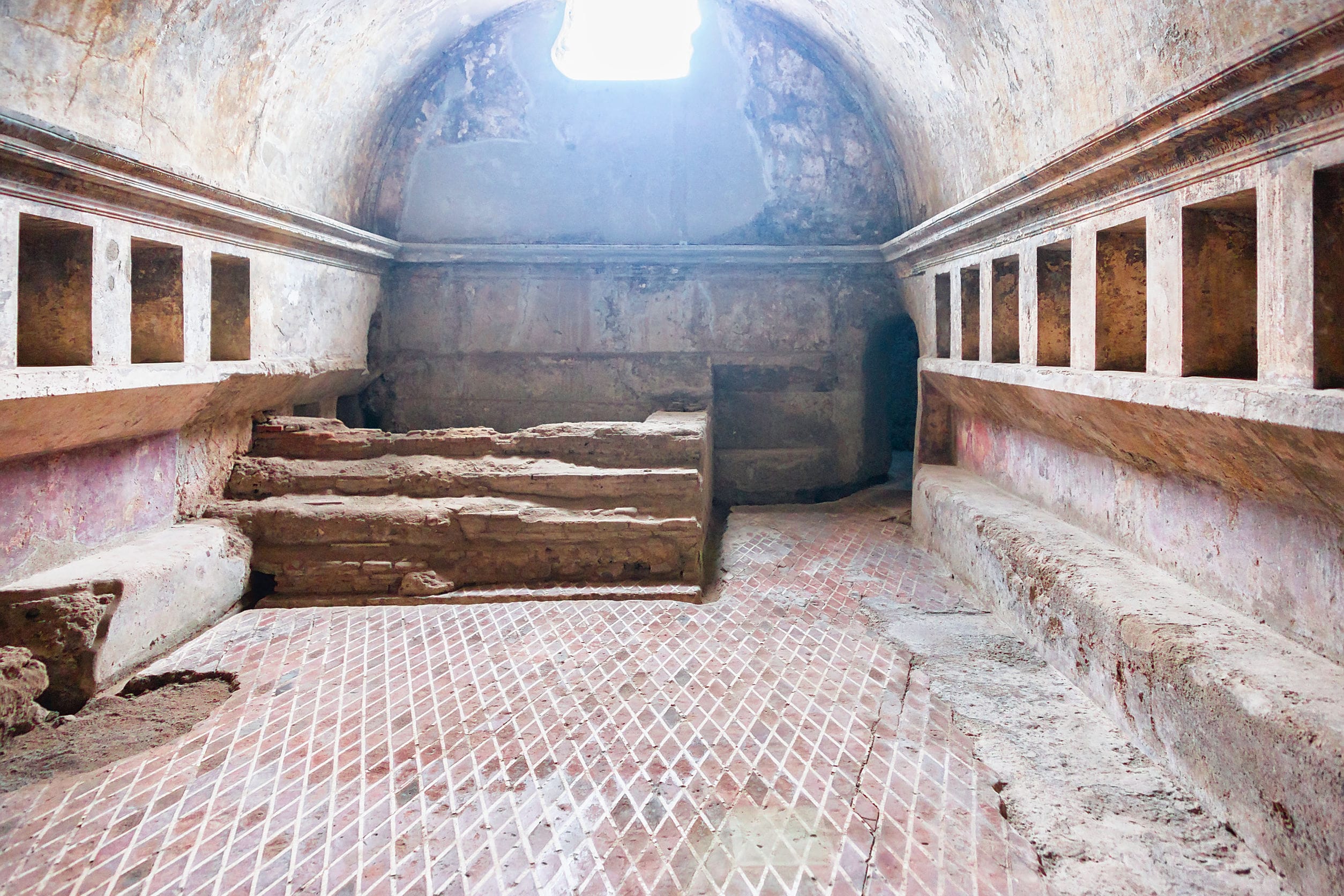 Forum baths are 2000 years old thermae in Pompeii and one of the 3 major thermaes of the city; The Stabian baths, The Central baths and The Forum Baths. Forum baths are the smallest of them all, but, are known for their exquisite. They had separate sections for men and women with different entrances. The thermae was very well categorized with cold (frigidarium), tepid (tepidarium), hot bathrooms (calidarium) and also had a changing room (apodyterium). Such characterisation talks loud about the how technologically advanced the people were even 2 millenniums ago. Although an archeological site, The Forum baths is a marvellous engineering wonder to see.

5. The Villa of the Mysteries 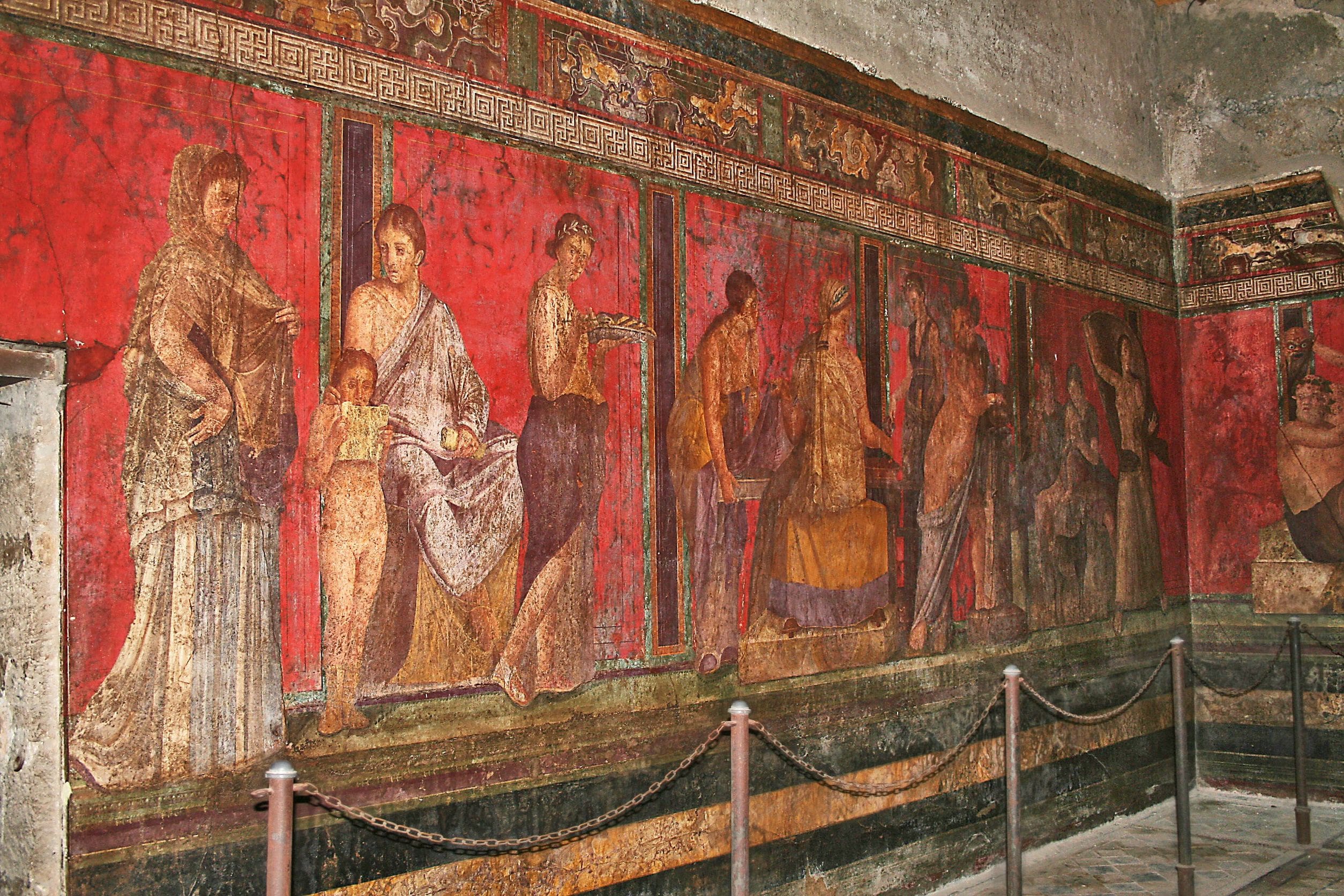 The Villa of the Mysteries is older than the volcanic eruption of Vesuvius at the beginning of the first millennium (A.D.). It is supposed to have suffered damages in the earthquake of 62 A.D. and later restored. The name comes from the enigmatic frescos in one room of the villa, which is yet not completely interpreted. There are various theories surrounding the Frescos, although a common belief is, a woman’s initiation for a cult. The Villa was discovered in 1909 and since have been a major tourist attraction of Pompeii.

6. House of the Small Fountain 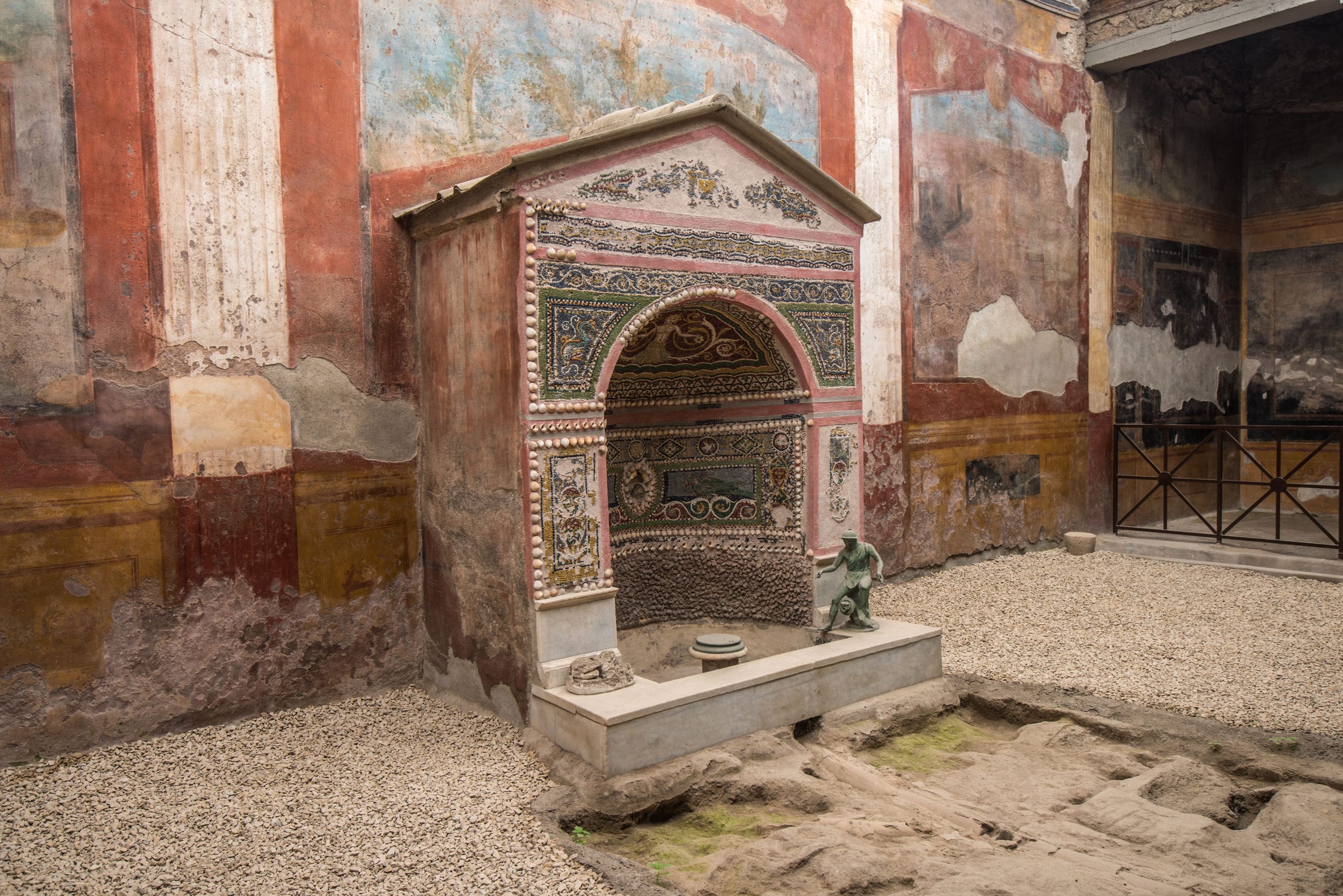 The House of the Small Fountain is the remains of an ancient house at the western end of the city of Pompeii. The house has a beautiful fountain that has been recently restored. The construction of the house tells about the architectural splendour of the time it was built in. The fountain-nymphaeum, from which the name of the house is derived, is believed to have become a fashionable feature in the 1st century A.D. Much of the house is heavily decorated with mosaics and sculptures.

7. Garden of the Fugitives 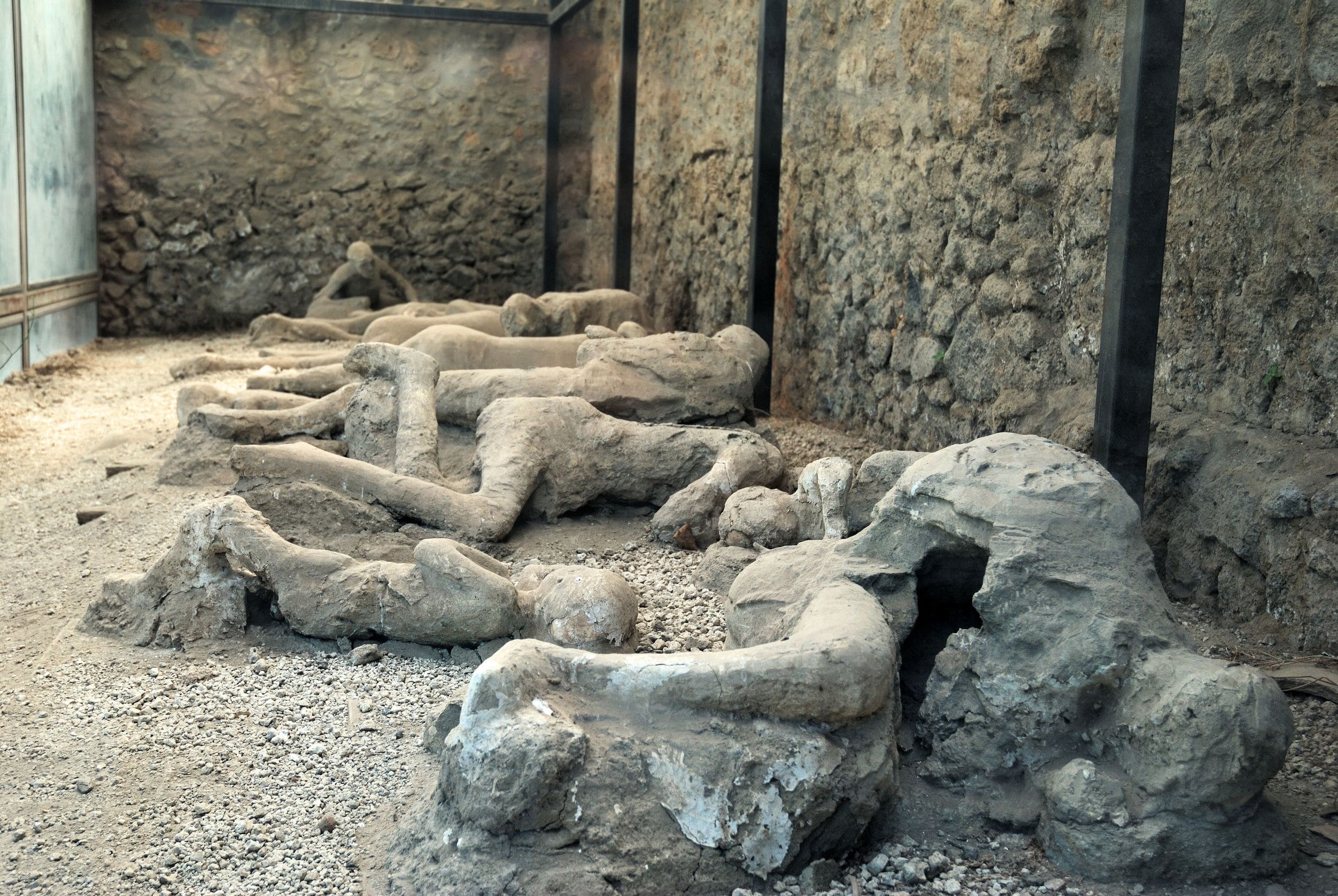 The only place where you could get a glimpse of the gory account of the catastrophic eruption is Garden of the Fugitives. At the time of excavation of this site in 1961, thirteen cavities were found which were filled with plaster. The paster once solidified took the shape of human bodies. Yes, these were the bodies of the victims of the volcanic ash and pumice. This is the site where the largest number of victims were found i.e. 13 and since their discovery, there have been anticipatory stories about their fates. Today it is one of the most visited tourist spots in Pompeii and is a mind-boggling site.

Pompeii today is a UNESCO World Heritage Site and is one of the most popular tourist places in Italy with a whopping 2.5 million people visiting the remains of the ancient city. A guided tour of Pompeii is all you need to witness one of the greatest cities of Italy that was buried in time.