Visit Tuscia: The Italy Before Romanisation

Visit Tuscia: The Italy Before Romanisation

Tuscia, sounds similar to Tuscany? Yes, it does and probably it is because it is related to Tuscany. Well, Tuscia actually is a historical region that covers the geographical regions of Italy- majorly Tuscany, Umbria, followed by Lazio.

This place was once under the Etruscan Civilization; the powerful and wealthy civilization which preceded the modern day Rome. Etruscan civilization dates back to 800 B.C. that was culturally known as the Villanovan culture which was a part of the Iron Age.

Well, this was all about history and is only mentioned here with a motive to tell the readers in the briefest way about the background of the place they plan to visit.

What to do in Tuscia?

Well, this region has a lot of amazing, unique, mesmerizing places to visit (that came into existence over the years) which would prove be the cherry on the top of your Tuscan visit. 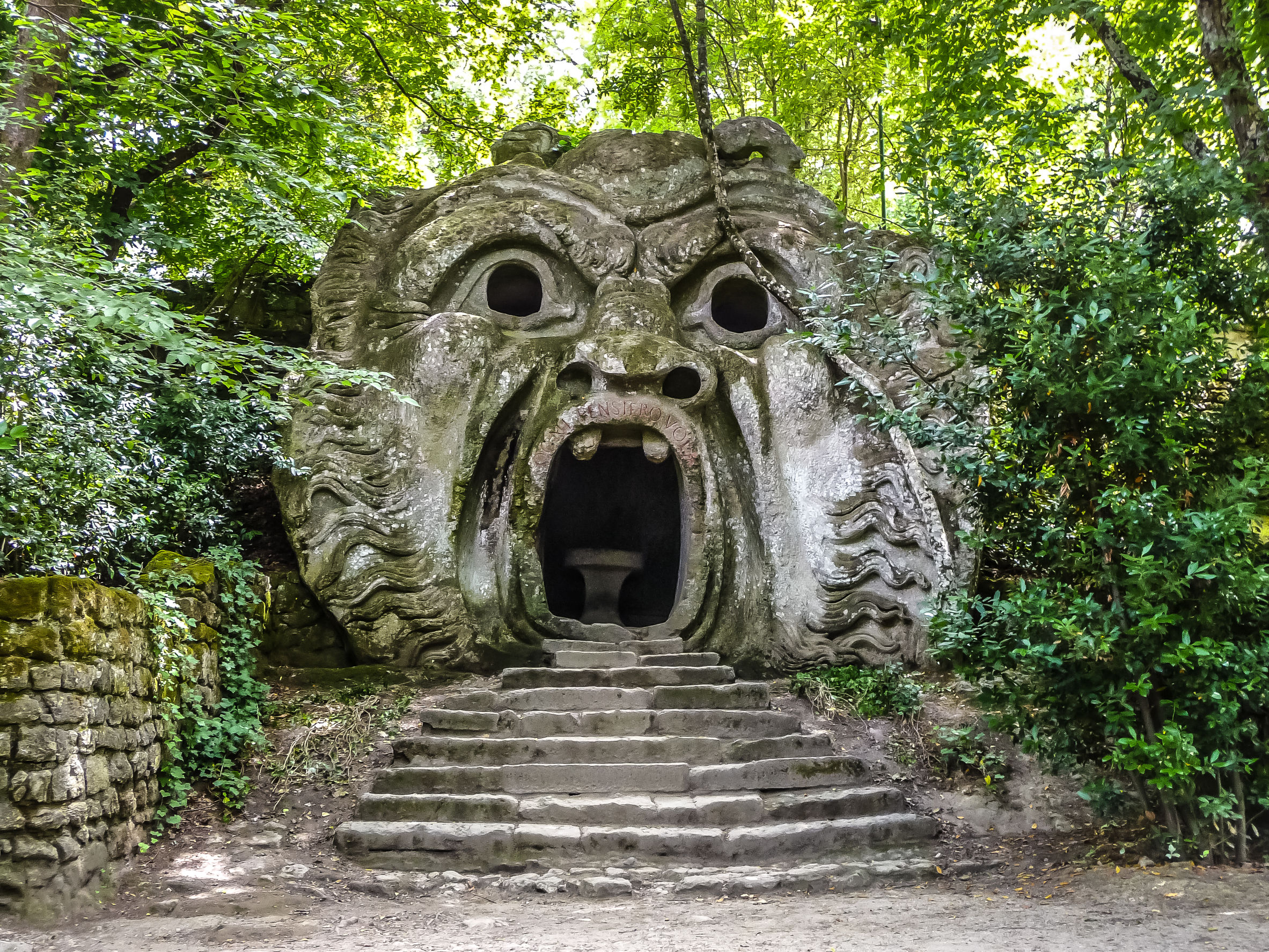 Sacro Bosco or the Parco deiMostri (translated into English: Park of the Monsters) and also known as Garden of Bomarzo is monumental complex which is located in the small town of Bomarzo in northern Lazio. This manieristic garden was created in the 16th century and has the some of the most gnarled and bizarre sculptures and buildings. The credit of this garden goes to the art-loving condottiero- Pier Francesco Orsini who made this garden to cope with the grief of the death of his wife. It was designed by the famous architect of the Tivoli Gardens- PirroLigorio and the sculptures by Simone Moschino. But there came a time when this awe-inspiring garden was completely neglected and only after that, attracted the attention of a Spanish painter named Salvador Dali who made a short film of the park and also a painting based on it, in the 1950’s. One Bettini family then restored the place and the park is now a private property. 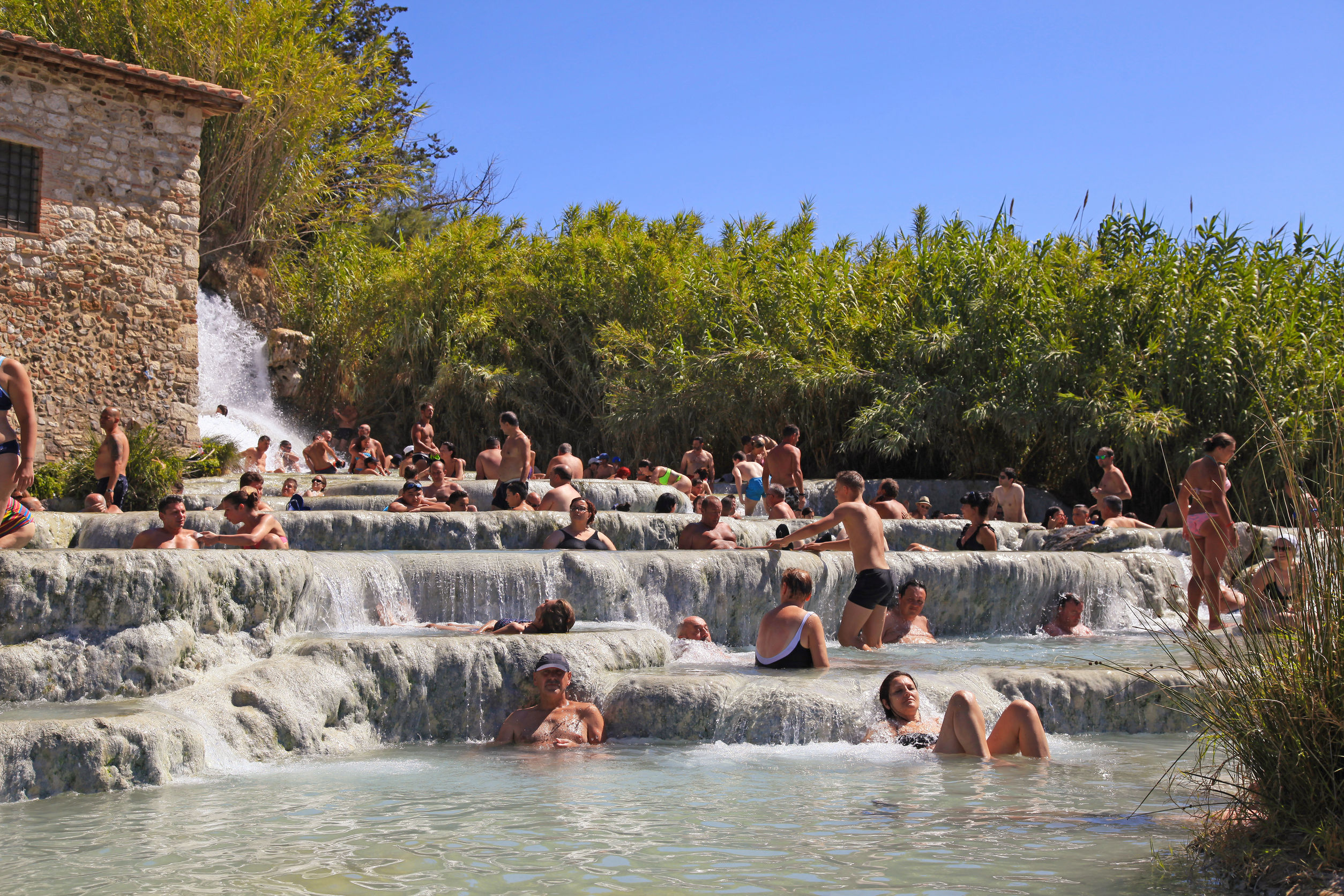 English: Saturnia Spa, is a hot water spring naturally created near the village of Saturnia. According to the Etruscan and Roman legend, terme di Saturnia was formed due to the action of irated Jupiter who threw lightning bolts at Saturn during a violent squabble. The lightning bolts missed Saturn and so formed the terme di Saturnia. Water at 37 degrees makes the spring an amazing spot to get a warm and cozy spa experience. Well, this is a myth which makes the spring more interesting, although there is a scientific reason behind the warm water. Calcium Carbonate deposited from the natural sulfurous hot springs which accumulated for thousands of years and this could be the reason for the warm gush of water. Cascate del Mulino is one of the two waterfalls which is loved by the tourists. Apart from the warmth the water of the spring provides, the sulfur and other minerals are considered to have a therapeutic effect on the body, curing minor ailments. 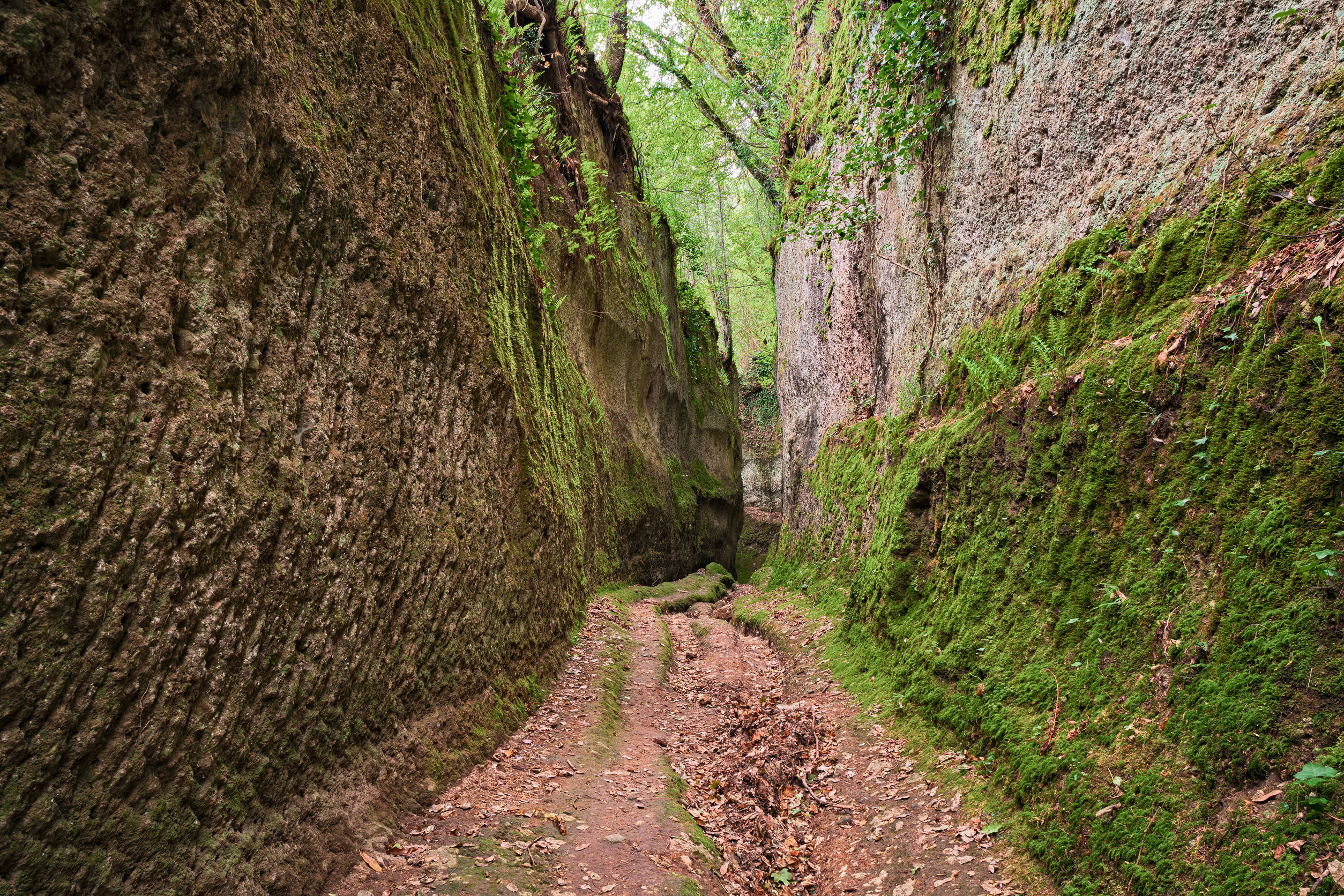 Also known as Cavoni, Via Cava in English means ‘excavated roads’ are a network of roads which run in the once Etruscan area falling between Sovana, Sorano, and Pitigliano in the Tuscany region. The Via Cava is believed to be made through the cutting of the tufa rock made from the volcanic ash, probably to connect the Etruscan settlements and the tombs. These sometimes twenty feet high walls would have been an excellent forte against the invaders. Post Etruscan civilization, in the days of the Roman civilization, the Via Cava became a part of Via Clodia- an ancient road of Italy. 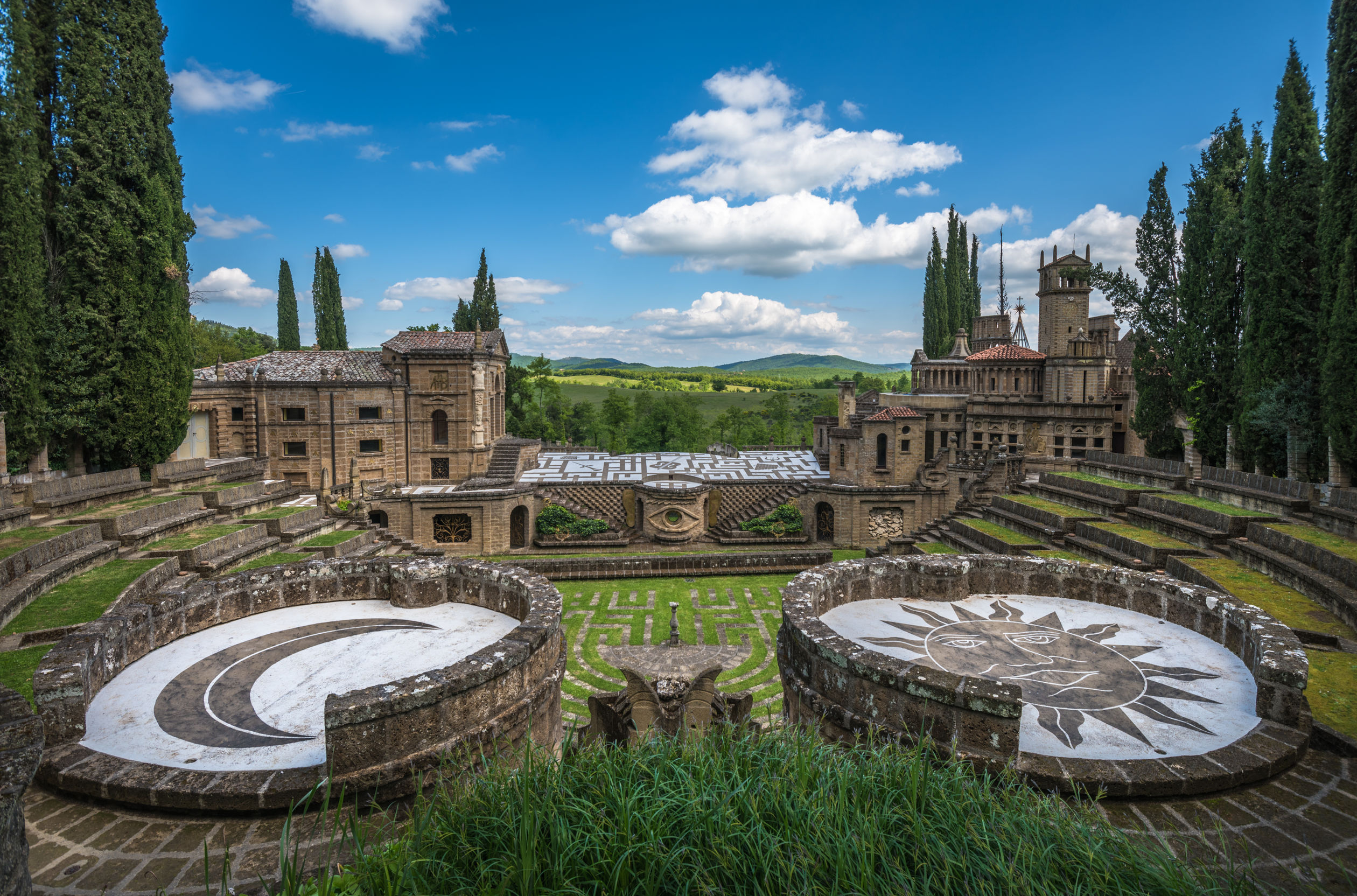 Yet another picturesque beauty is the La Scarzuola which is architect Tomaso Buzzi’s ideal city. This place although is the youngest of them all, the construction of which started in the year 1956 which went till its creator’ death in 1981. Around the land where the structure of this Utopian city stands was once an abandoned monastery. The deserted structure could pump up your adrenaline at points like the entrance and scare you at some spots. The mazed park surrounded by stairs gives it a look of a tiny amphitheater with an eye sculpted on the wall (reminding of George Orwell’s Dystopian eye from the novel—1984) overlooking the park. Today, the park could be visited on prior appointments which are given by the current owners.

The places you stay:

Tuscia is spread over 3 regions of Italy, covering majorly Tuscany and partially Umbria and Lazio. The best place to stay in Tuscany is Pitigliano, which is a small town in the province of Grosseto. It is a less populated town that overlooks the beautiful Tuscan sun. Umbria is a better choice to stay, as it one of the towns of Umbria—Orvieto was an epicenter of the Etruscan Civilization. There are a lot of significant Etruscan remains around the town which make Orvieto a better choice. If you love hot springs, Lazio should be your pick as the region is closely located to thermal springs.

The food in this part of Italy is majorly soups, birds (especially Columbine), pork and wild boars. The lentils of Tuscany make the soups here exuberant. And obviously how can anything in Italy be without cheese; goat cheese is the most preferred in the area.

You can’t afford to miss the warped beauty of Tuscia on your visit to Italy. Spare some time to get a look at this majestic historical region.