Rendezvous at the Famous “Spanish Steps”: Just 135 Steps to Go!

Rendezvous at the Famous “Spanish Steps”: Just 135 Steps to Go!

Located in Piazza di Spagna, on the opposite side of the fountain of the old boat, stands the majestic staircase: The Spanish Steps. These amazing steps were symbolically aimed at celebrating the peace between Spain and France. It served as a solution to connect the Spanish square with the church of Trinita Dei Monti on the request of Pope Innocent XII in the 18th century.

A Beautiful Draw for Tourists and Photographers 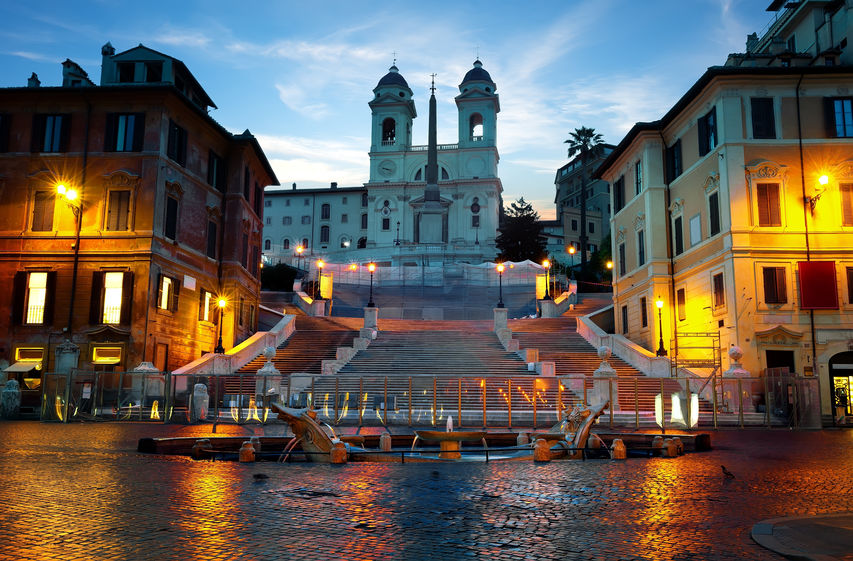 The Spanish Steps was one of the main centres of the city for many of the artists, writers, and poets during the Renaissance period. Also, it has been a gathering point for the locavores and travellers from all around the world and this very tradition is intact until today.

Why is it called the Spanish Steps?

The steps were first named Trinita Dei Monti, after the church and the upper piazza. Later it was renamed as the Spanish Steps after the famous Spanish Square.

The Spanish Steps in Rome, you might be wondering, why?

Well, the square itself was known as Spanish Square due to the fact that the Spanish Embassy has located nearby the Holy See. Also, the Spanish embassy in Italy is the earliest and the longest embassy in the country i.e. since the 15th century.

From “Just Steps” to a Famous Landmark

If you are on a tour to Italy don’t miss the Spanish Steps. Here are some interesting facts that you should know: 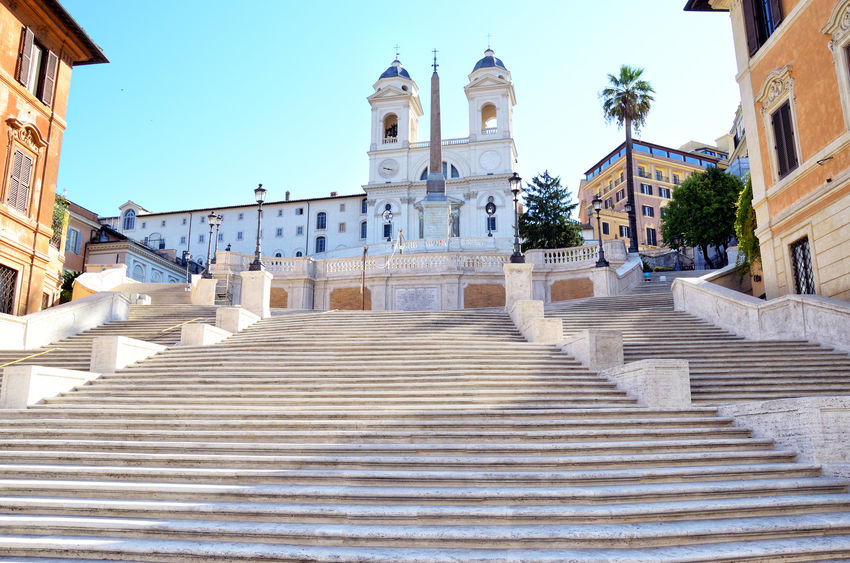 The French Funded the Staircase

Built-in 1723-1725, the Spanish Steps were designed by the little known architect Francesco de Sanctis and was financed by the French diplomat Etienne Gueffier. Moreover, it was built in order to link the Trinità dei Monti church that was under the patronage of the king of France, with the Spanish square. 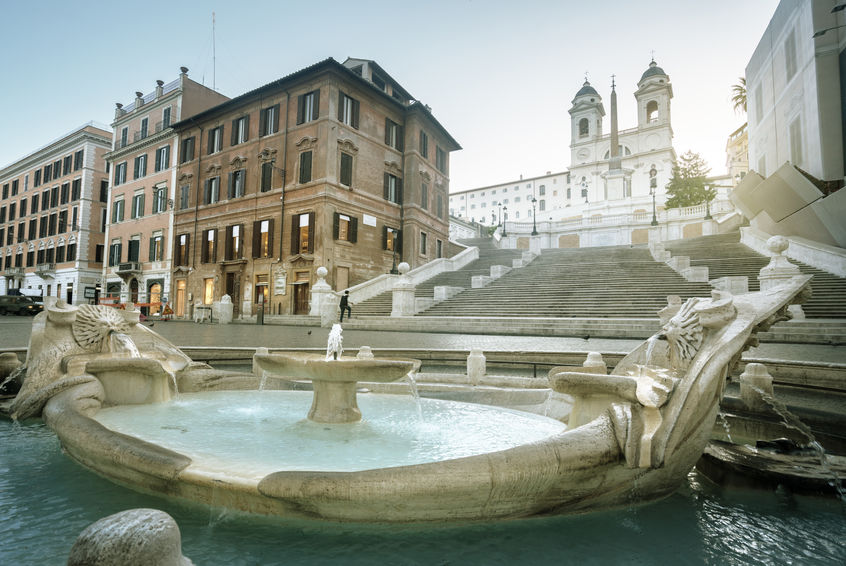 At the lower end of the grand staircase, you will see an early Baroque fountain also known as Fontana Della Barcaccia, or “Fountain of the Old Boat”. Pietro Bernini; a member of the renowned artist family Bernini and father of famous Baroque artist Gian Lorenzo Bernini created the sculpture. It is said to be inspired by a legend that claimed that a fishing boat was carried all the way to this exact spot during a massive flood of the Tiber River in the 16th century.

A Memory from the English Romantic Generation 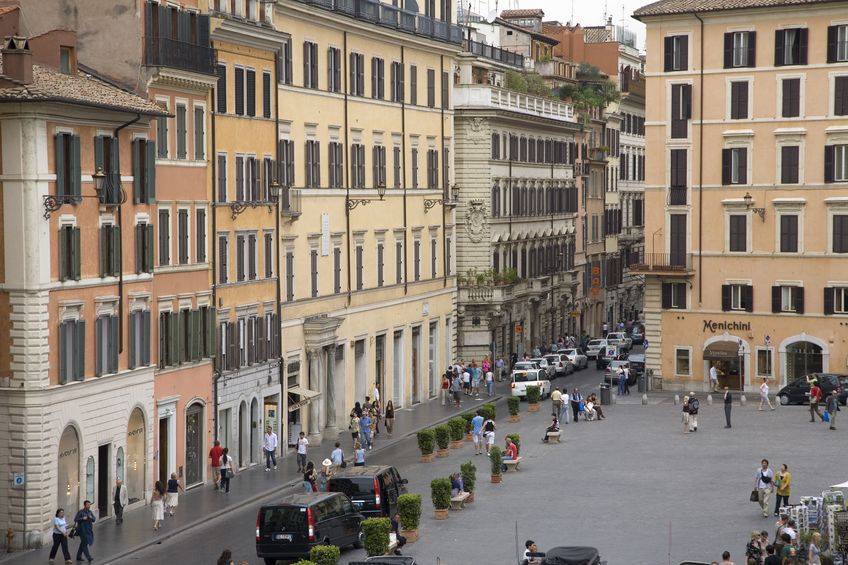 To the right of the great grand staircase, there is a home of the famous English poet John Keats, who lived and died there in 1821. Now, the house is a museum that is dedicated to the poet’s memory.

Debut on the Silver Screen

The Spanish Steps was known to Americans and became famous after it was featured in the movie named “Roman Holiday” in 1953  starring Gregory Peck and Audrey Hepburn.

Man Drove Down the Tourist Treasure!

A man was arrested on June 13, 2007, as he attempted to drive a Toyota Celica down the Spanish Steps. Well, by gods’ grace no one was injured, but several steps of this beautiful Roman treasure were damaged.

No more sitting on the Spanish Steps! 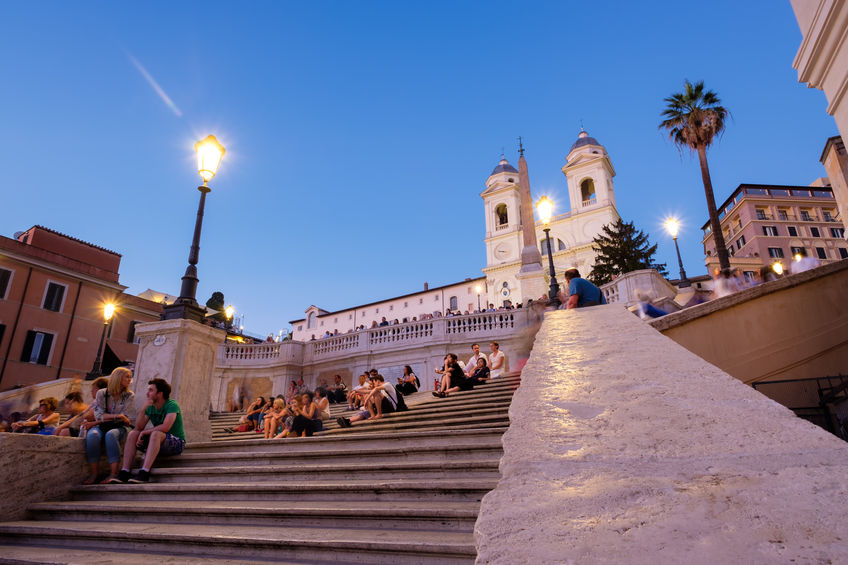 Maiken Offerdal of Norway and her teenage sons were just sitting down on Rome’s famed Spanish Steps when they heard two shrieks of a whistle. It was enough to understand that they can no longer sit there.

Now, the long tradition of relaxing on the staircase is just a dream for many people which was evoked by Audrey Hepburn and Gregory Peck in the 1953 film “Roman Holiday.”

After a plentiful of warnings, according to a new municipal rule, you will be fined up to 400 Euros or $450 if you are seen committing activities that are not compatible with the historic and artistic decorum. The rules and regulations are imposed to guarantee decorum, security, and legality of the place. It seems to be an attempt where several times the Spanish Steps have been restored throughout history.

Being one of the most popular gathering places, the tradition of rendezvous at the Spanish Steps has lived on for ages. Also, known as Scalinata Spagna it is one of the widest and longest staircases in all of Europe. As you take a walk along the beautiful staircase you are sure to get lost in the maze of its stunning architecture. As you finally decide to take on this beautiful journey to Rome, believe it or not, the exploration of this ancient centre of Rome is going to much more interesting!