There are some things which have always been disputed and hasn’t been put a conclusion to. One such thing is the reality of the famous tragedy written by William Shakespeare—Romeo & Juliet. Many people say it was as real as Shakespeare himself, although almost all the plays of William Shakespeare are said to be inspired by other literary sources and the play is said to have been inspired by the story written by Luigi Da Porto. 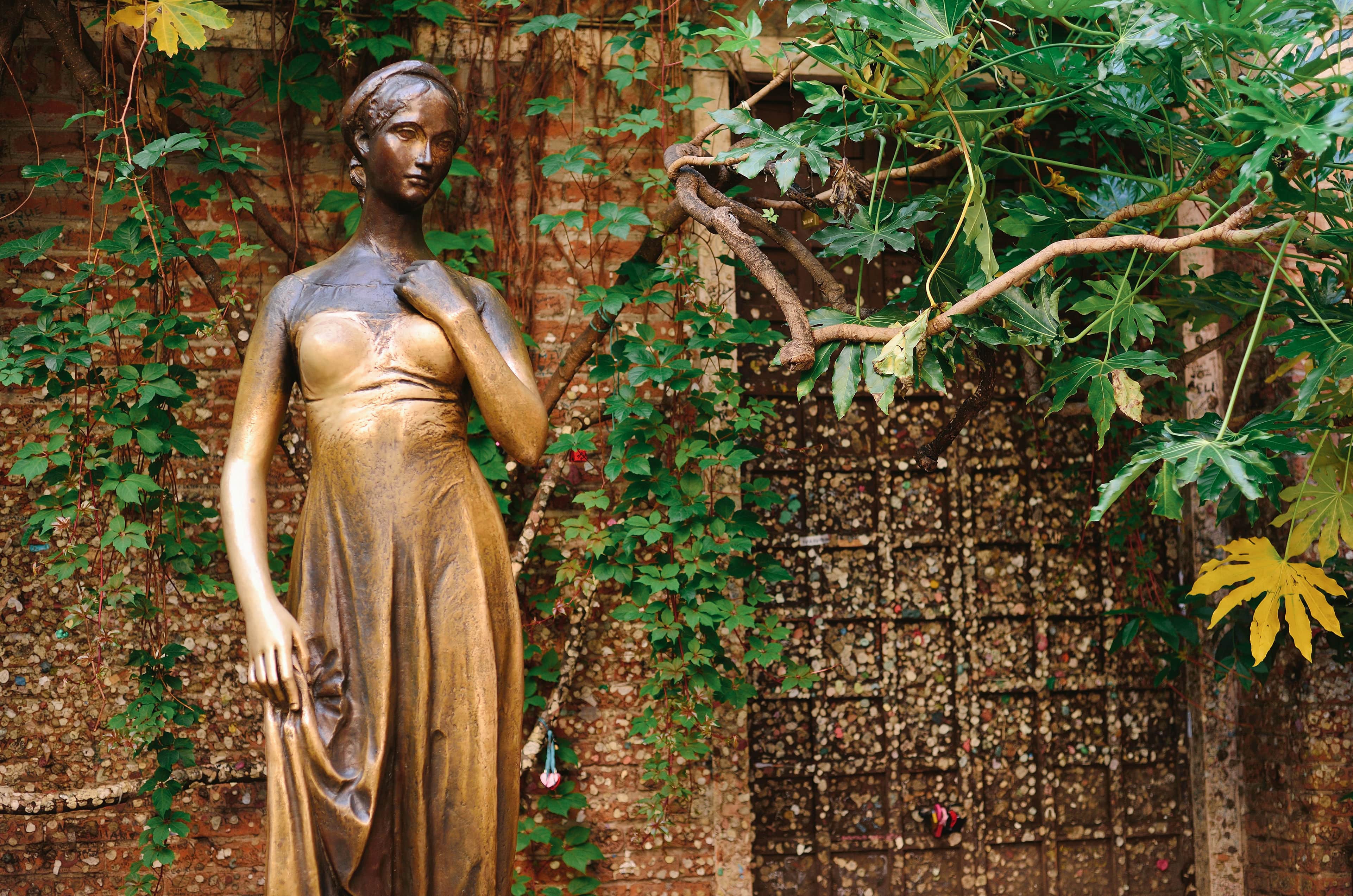 The story is about two lovers from 2 rival families of Verona; Montecchi and Capuleti whose names even Dante mentioned in his poem—The Divine Comedy as residing in the city of Verona. Though the story is a legend, yet the remains of the fiction is stranger than the truth.

Well, whatever the truth is, the fact is millions of people visit the house of Juliet every year, making Verona the fourth most visited city in Italy and gives a reason (apart from Venice being the major) to visit Veneto; one of the northernmost regions of Italy. Verona by many is called the city of love and why not should it be? The Shakespearean tragedy was based in the city and has the historical house of Juliet is on the street—Via Cappello no. 23 and is considered to be Capulet’s residence. 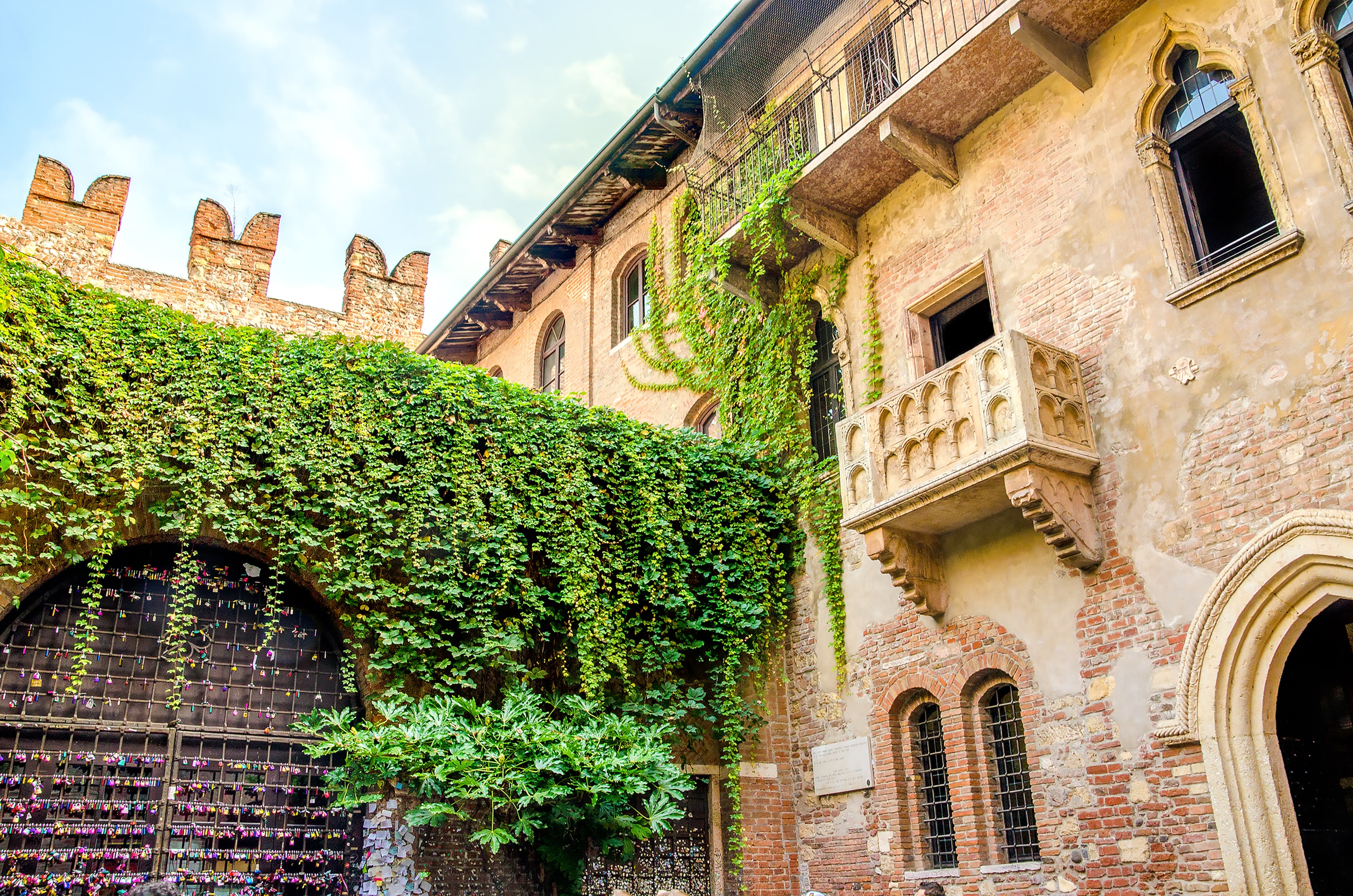 Yes, the gothic house is known as the house of Juliet and dates back to the 13th century. It features the famous balcony where Romeo promised Juliet the eternal love in Shakespeare’s play. There is also a courtyard which has a bronze statue of Juliet which is said to bring good fortune if you touch Juliet’s (statue) right breast.

Since the 1980’s the Club di Giulietta’s (Juliet club) local volunteers reply to thousands of letters written addressed to Juliet from across the world. The majority of these letters are written by women. 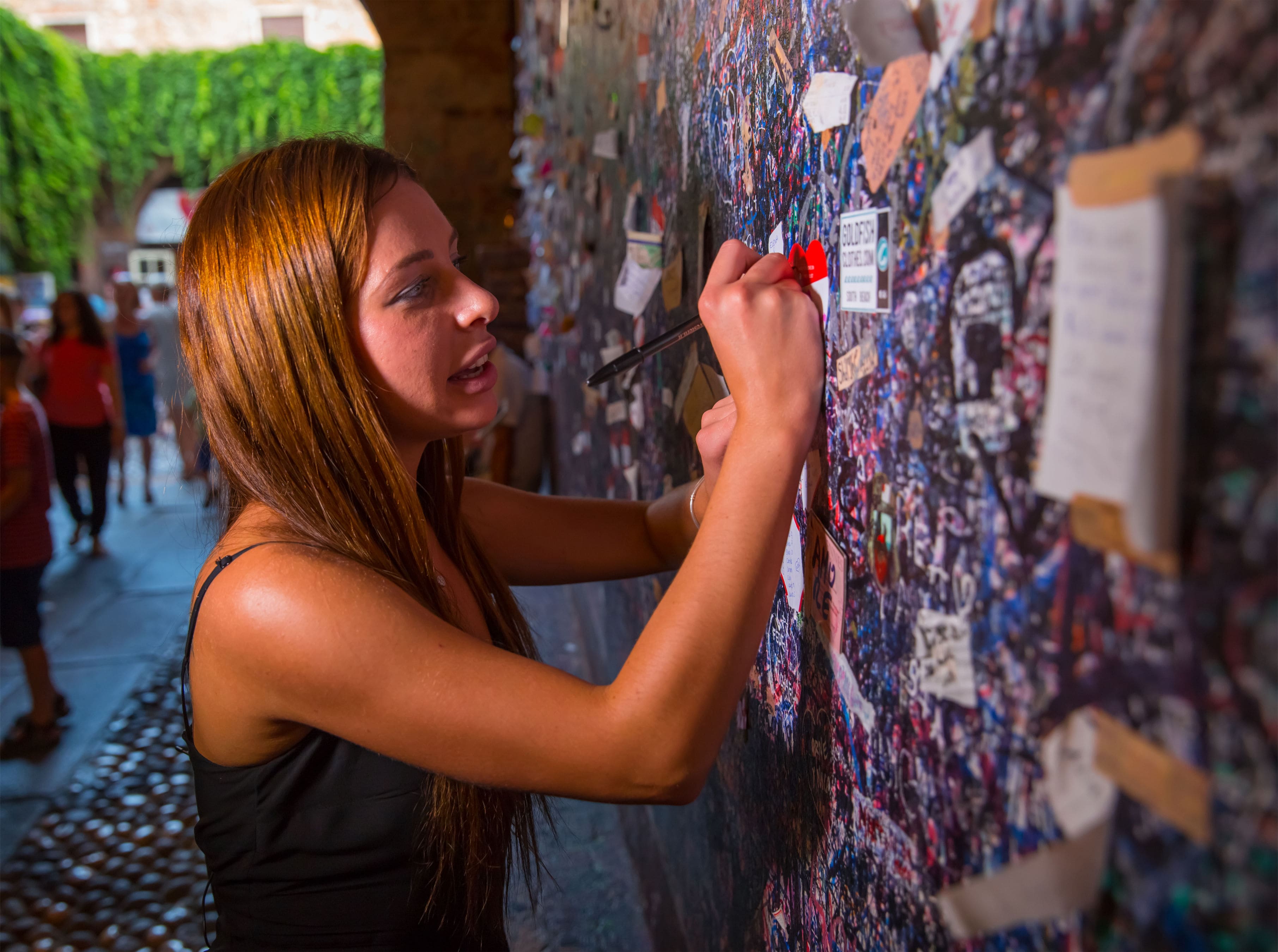 The house has an entrance wall, on which people write their beloved’s names. According to the tradition, writing the names on the wall make your love last forever. Although, after the restoration, the names are now supposed to be written on panels and sheets which placed outside the wall.

If you are looking for someplace romantic, to go with your loved one, visit Verona, the city of love and make your love eternal.