10 Must Visit Coastal Towns of Italy

10 Must Visit Coastal Towns of Italy

If you have ever seen Italy on a map and if you are a good observer, you would have discovered that Italy is surrounded by water on the 3 sides and it holds the sovereignty over one the biggest islands in the Mediterranean sea that is Sicily. With so much of water around the country, the Italian coastline adds up to 7600 KMs which means apart from the historic towns and cities and the rich Roman history, there is another reason to visit Italy- its coastal towns. The beautiful coastline of Italy starting right from Sanremo on the west coast to Venice on the east coast has some of the best beaches of Italy. If you plan to visit Italy, the following coastal town are worth a visit:

On the west coast travelling from North to South 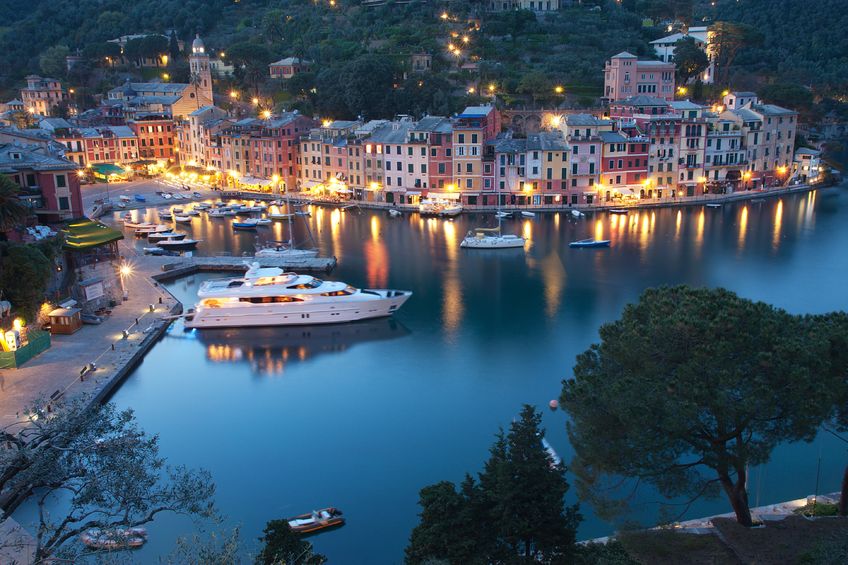 An Italian fishing village, Portofino is a comune in the Metropolitan City of Genoa of the Italian Riviera. With a history of changing jurisdiction, finally, Portofino in 1861 came under the Kingdom of Italy. Portofino is quite popular among the celebrities from across the world. 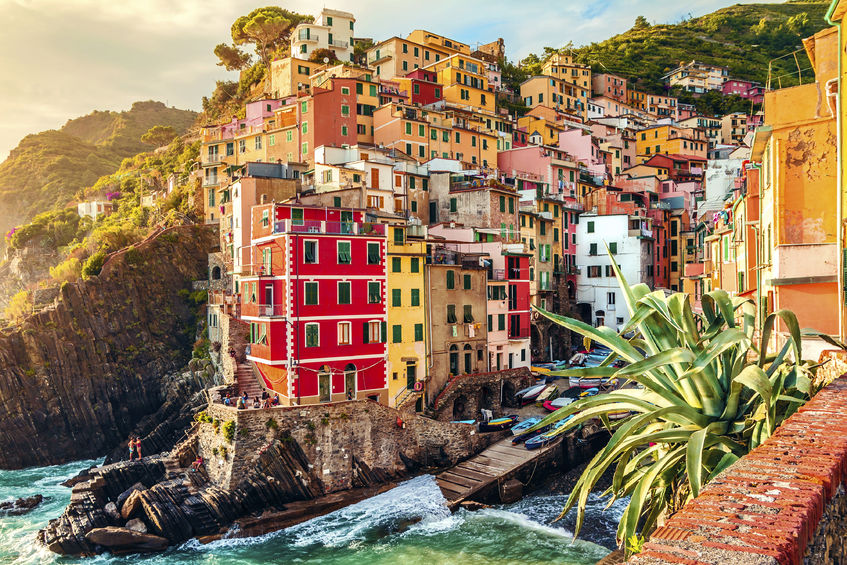 It is a big thing for a small town of Manarola to have a distinction of being the most colorful city in the world. Being a comune of Riomaggiore, Manarola is one of the 5 villages which comprise of Cinque Terre (Five Islands) which is a hot spot for tourists. 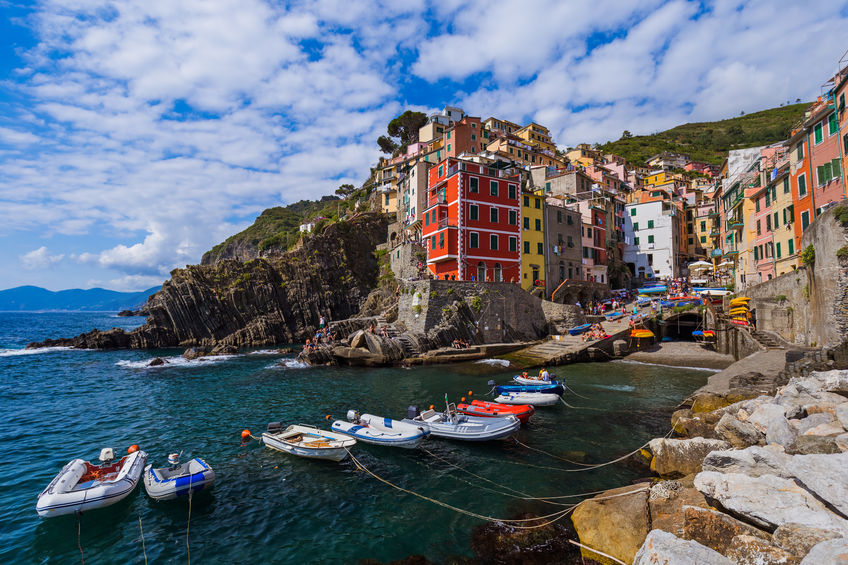 Another part of Cinque Terre, Riomaggiore is the largest of the 5 islands of Cinque Terre. It is popular for its seafood and wine. The amazing grape variety found in the region- Bosco, Albarola and Vermentino are used to make the famous Sciacchetrà. Coming a little south on the west coast is the coastal village of Positano. Positano has enjoyed being the choice for filming and hosts the annual Cartoons on the Bay Festival. You could visit the nearby caves like Capri, Ischia and Grotta dello Smeraldo. 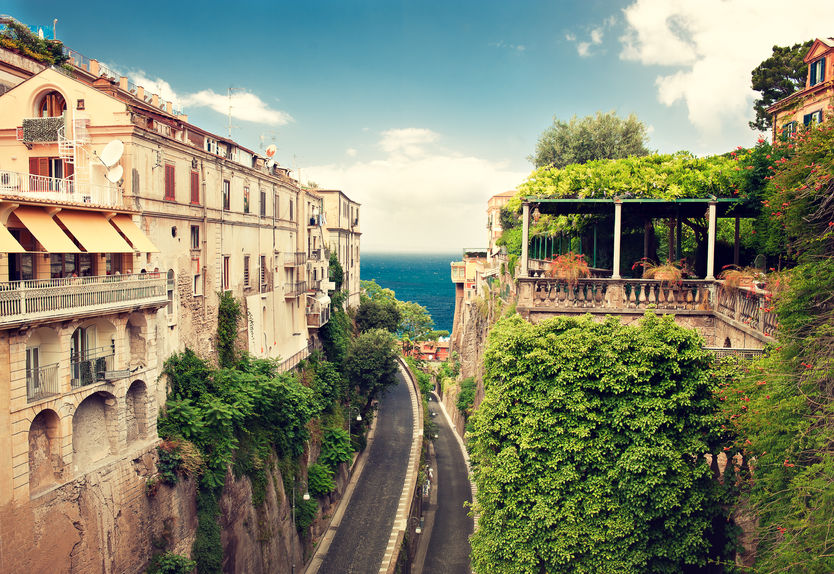 On the southern tip of the moon crest Gulf of Naples, Sorrento overlooks the Bay of Naples to its north and has Pompie to its east. This strategic vicinity with the two of the most popular places in Italy makes it a great tourist attraction. 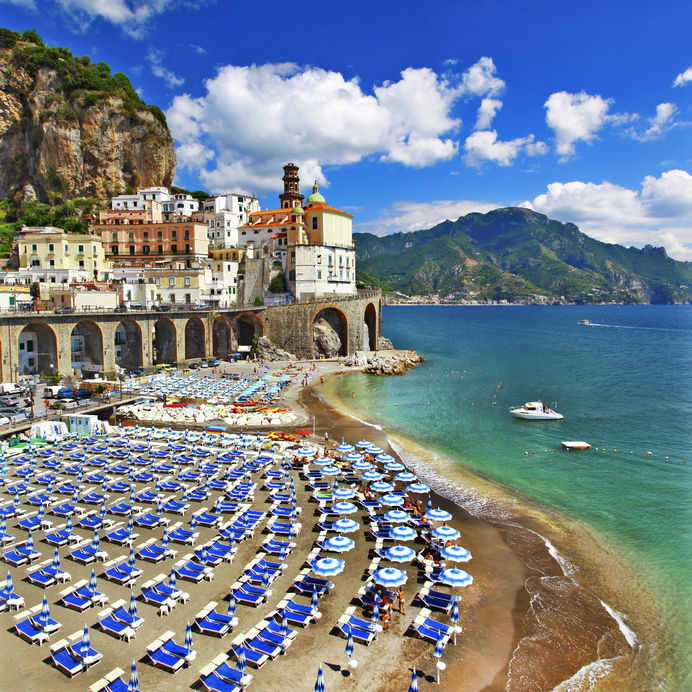 Connected with a straight line with Sorrento on the flip side is Amalfi which faces the Tyrrhenian Sea. With a historic significance, Amalfi has some amazing attractions like Duomo di Amalfi, Shrine of Saint Andrew and The Chiostro del Paradiso. 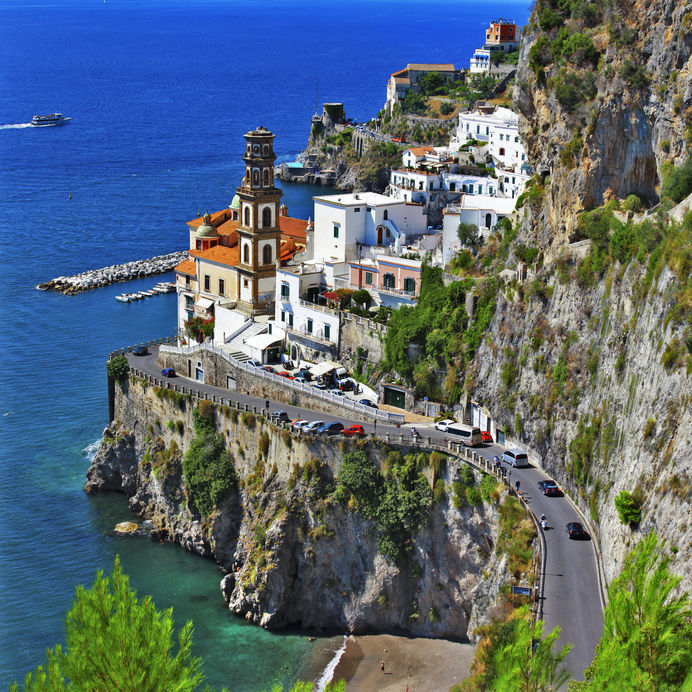 Adjacent to Amalfi is the city of Atrani. It holds the distinction of being the smallest community of Italy with a population of 870. That surely makes Atrani a less crowded place to visit. You could visit places like Church of San Salvatore de’ Birecto, Church of the Immaculate Conception, Torre dello Ziro, Cave and House of Masaniello.

On the east coast traveling from South to North 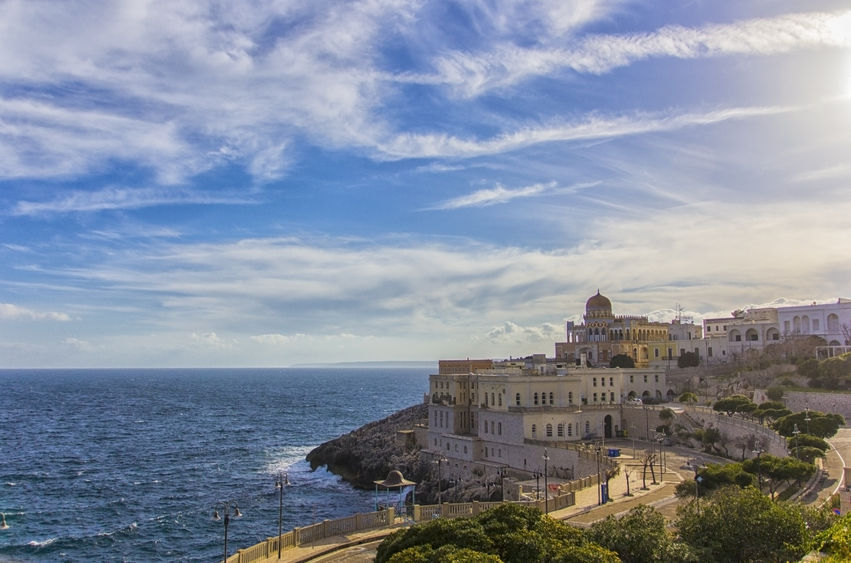 Lying on the tip of the ‘heel of the Italian boot’ Salento, Santa Cesarea Terme is beautiful town and the largest center for thermal baths. These hot mineral springs are the main attraction of the town and the major economy depends on it.

Travelling up from Santa Cesarea for about 2 hours, comes another amazing coastal town of Polignano a Mare. It is a historic town with its roots planted in the ancient Greek times and is believed to be a part of Greek city Neapolis. Polignano is known for cliff diving and hosted cliff diving competitions. 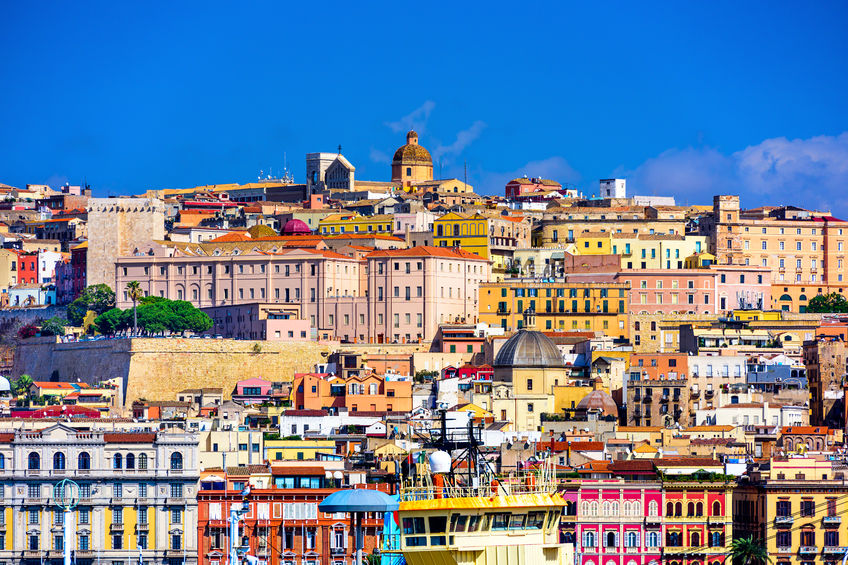 Leaving the mainland Italy and getting off on the island dominion- Sardinia, is worth a visit. Cagliari is the capital of the autonomous region and has a lot to see. The main beach of Cagliari is Poetto which stretches to 8 KMs. With clear blue water and find sand it makes up to be the most popular beaches of Sardinia. Apart from the scenic beach, Poetto is the heart of Cagliari’s nightlife which makes it another sought after destination.

Probably after visiting all these coastal towns of Italy, your quench for beaches would be satiated for the lifetime.